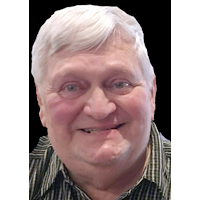 Ron was born in North Platte to Donald F. and Maxine Christensen on Nov. 30, 1946. He grew up on the family farm, south of Brady, with his younger siblings, Dan and Sharon.

Ron went on to attend Chadron State College and earned his BA in history and high school education and a coaching endorsement. During college, Ron met Rhonda House and they were married in Kearney in 1968. They had two children, Kelly and Shawn, and celebrated their 53rd anniversary earlier this year.

After nine years the Christensen family moved to Maxwell and Ron taught in North Platte at Madison Middle School and coached wrestling, track and football at the high school. He greatly enjoyed coaching and mentoring his students and was passionate about wrestling and liked going to coaching clinics.

He retired from teaching and coaching after nearly 35 years but continued to stay active by transporting high school students to their sporting events and also shuttled railroaders.

While teaching, Ron made time to help at his family farm near Brady and raised and showed English bulldogs; he’d travel near and far just to show his dogs.

Ron also served as a 4-H leader with Sutherland and North Platte clubs and passed his love of animals and 4-H to his children and grandchildren. He was really involved in their showing of cattle, sheep and hogs, and their participation in other 4-H projects.

Ron attended the Baptist Church in his youth and again later recommitted his life to Jesus Christ. He attended the Berean Church and later Bethel Church, when his health allowed.

During his lifetime, Ron enjoyed hunting, fishing, traveling with family and being with his friends. He also liked going to rodeo events, fairs, country western concerts and sporting events. Ron remained close to his many high school friends and he and Rhonda attended his high school reunions for the last 50 years. Ron especially enjoyed seeing his former students and continued following high school sports and 4-H.

Ron will be remembered for his sense of humor, his love for his family and friends, and for the many lives he has touched through his teaching and coaching career.

He was preceded in death by his father, Don Christensen; in-laws, Paul and Doris House; uncle, Dick Christensen; grandparents, Frank and Beth Christensen and Harry and Martha Stackhouse.

Ron’s family would like to extend a special thank you to the staff at Wauneta Care & Therapy Center for the kind and professional care they provided to Ron during his stay.

Funeral service will be 10 a.m. on Saturday, April 3 at Odean Colonial Chapel, which is in charge of arrangements. Joe Sukraw will officiate. Family requests those in attendance to please wear a mask. Burial will follow in the Plainview Cemetery, south of Maxwell. For those unable to attend, services will be recorded and posted to odeanchapel.com, where online condolences may also be shared.

Visitation will be 10 a.m.-7 p.m. Friday at Odean Colonial Chapel. The casket will be closed at the service.

In lieu of flowers, memorials are to the family for later designation.