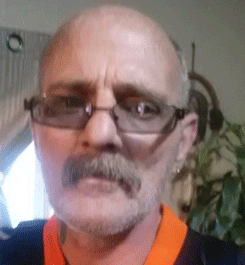 Police are asking for help finding Nick Cooper of North Platte, a suspect in a stabbing on New Year’s Day.

Upon arrival, they contacted a 32-year-old man with an apparent stab wound to the abdomen. Police were told the victim and Cooper, 53, got into an argument outside the home and Cooper stabbed the victim once in the abdomen.

The argument continued briefly after the assault, Elder said. Cooper then fled the scene before police arrived.

The victim was transported by the North Platte Fire and Rescue Department to Great Plains Health where he was treated for his injuries, which police categorized as serious but non-life threatening.

Cooper is wanted for first-degree assault and use of a weapon to commit a felony. He is 5’3” tall and weighs 160 pounds, with the word “Lakota” tattooed on his neck. He has hazel green eyes, Elder said.

If anyone has information on his whereabouts, contact the police at 308-535-6789. To remain anonymous, contact the Lincoln County Crime Stoppers at 534-8400 or make a report online at www.lincolncountycrimstoppers.com.