The Nebraska State Patrol, with help from the Custer County sheriff’s office and Broken Bow police, is investigating an overnight murder-suicide in the area of Broken Bow and Anslemo.

The victim, Angie Miller, 45, was found dead inside her home in the 800 block of No. 13th in Broken Bow. NSP was asked to investigate the homicide around 1:45 a.m. Friday by the Broken Bow police and the Custer County sheriff’s office.

Ryan Miller, 47, the ex-husband of Angie Miller, became the suspect in the death, and investigators learned of a location near Anselmo where Ryan Miller often went, NSP spokesman Cody Thomas said.

Around 4:45 a.m., troopers found Miller in a pasture near Anselmo, dead from an apparent self-inflicted gunshot wound, Thomas said.

This is an ongoing investigation. Anyone with information relevant to this investigation is asked to contact the Nebraska State Patrol at 308-535-8270. 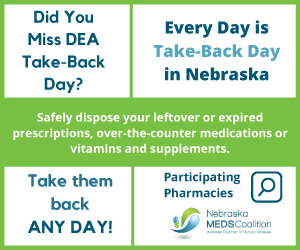