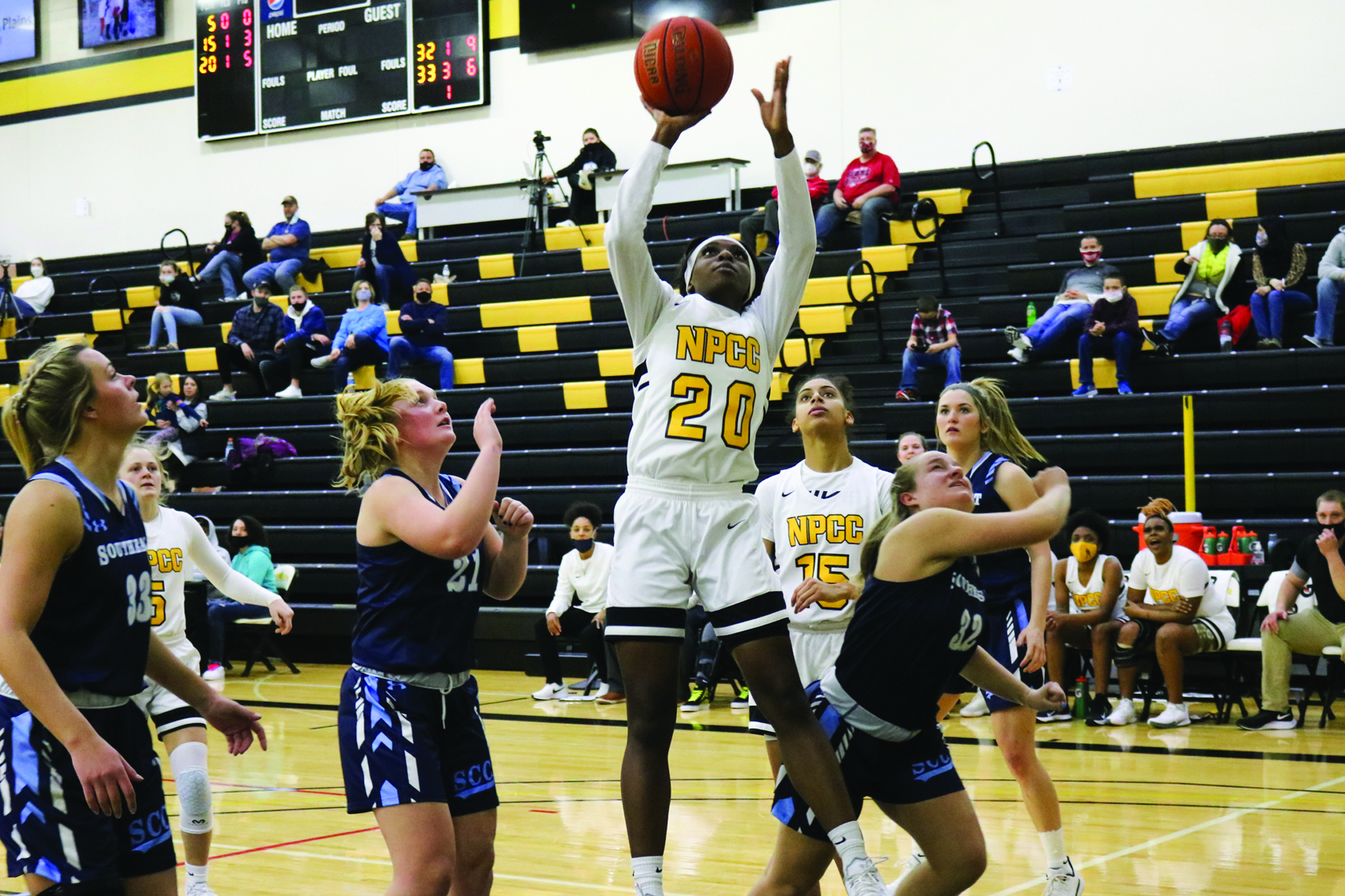 The Knights and Storm battled throughout the game but it would be the Storm that would prevail on Sunday afternoon, 80-67.

In the opening quarter, the Knights had to shake off some rust as they found themselves down early, 10-5. They rebounded and took the lead at the 5:43 mark of the first quarter, as Kanesha Hall connected on one of two free throw attempts, 11-10.

The Knights pushed their lead to four before the Storm went on a 7-0 run to close out the quarter up 17-14.

In the second quarter, the Knights trimmed the lead down to one on a Janay Brauer three-point shot with 7:15 remaining in the quarter, 20-19. The Knights went on to reclaim the lead at 24-23 just over a minute later when Brauer found herself open in the deep corner for another three.

Storm and Knights continued to battle over the final five minutes with Southeast clinging to a one-point advantage at the break, 36-35.

The Knights reclaimed the lead just thirty-eight seconds into the start of the third quarter when Kayla Pope connected on an and one opportunity, 38-36. Over the next five minutes, the lead would change twice as teams continued to battle.

At the 4:29 mark of the third quarter, the Storm started a 13-0 run that halted the Knights offense for the next three minutes. Trailing 59-47, the Knights went on a 6-3 run to close the quarter but found themselves down 62-53 after three quarters.

Out of the quarter break, the Knights defense forced some costly turnovers as they began to chip away at the deficit. Diamond Moore’s layup with 9:13 remaining in the fourth quarter sparked a 9-2 run for the Knights as they closed the deficit down to one possession, 64-62.

The clock moved inside seven minutes and the Knights momentum brought them even closer. The Storm pushed their lead back to three with 6:30 remaining but Pope drove the lane and banked it off the backboard on the Knights next offensive possession to cut the deficit to one, 65-64.

Inside the final five minutes the Knights final push came up short as the Storm closed out the game on a 12-3 run.

Top photo: Kayla Pope finds an open spot on the floor to attempt a shot as the Knights fall to Southeast Community College on Sunday afternoon. (Courtesy of Mid-Plains Community College Marketing and Public Information)