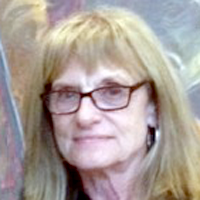 Jane was born Jan. 25, 1947 to Darrel ‘Pat’ and Dorothy Haynes at Gothenburg where she grew up. She graduated from Gothenburg High School in 1965.

On May 7, 1966, Jane married Charles “Chuck” Lemmert at Julesburg, Colo. They lived in Ogallala where they worked for TRW then moved to Grand Island a few years later and worked for Cornhusker Ammunition Army Base, building bombs for the next two years.

Jane and Chuck moved around Nebraska, living and working in Scottsbluff, Broken Bow and Wahoo then moved to Hutchinson, Kan. Jane, who had a passion for working with youth, was employed by Kansas Public Schools for 15 years then worked in the library at a school in Wakeeney.

When the couple moved to North Platte in 1999, Jane went to work in the children’s section of the North Platte Public Library until retiring at the age of 65.

Jane enjoyed boating, camping and traveling but most of all, she loved her family.

She was preceded in death by her parents, Darrel and Dorothy Haynes.

In keeping with her wishes, cremation was chosen. Memorial service was held March 27 at Odean Colonial Chapel, which was in charge of arrangements, with Pastor Mark Baldwin officiating.

In lieu of flowers, memorials are to the North Platte Library Children’s Section. The memorial book may be signed online at odeanchapel.com.