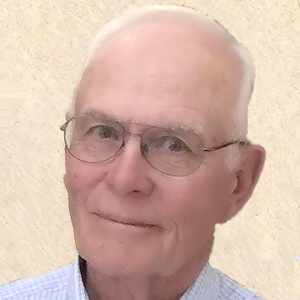 James A. “Jim” Ellett, 82, departed this world Nov. 16, 2020 at Great Plains Health due to complications from Covid 19. He was surrounded by his loving wife and children.

Born Dec. 1, 1937, James A. Ellett was the son of Alvin and Emeline (Calhoun) Ellett. He was a life-long resident of North Platte. He was a member of First Evangelical Lutheran Church.

Jim graduated from North Platte High School in 1956. On Nov. 22, 1956, Jim married his high school sweetheart, Loretta Jarvis. She was his rock for the next 64 years.

In 1961 Jim graduated from Nebraska Vocational Technical School. Two years later he opened Ellett’s Automotive Service in a two-car garage behind his parent’s restaurant. Over the next 45 years he built a successful business.

In the 1970’s, Jim was heavily involved in sprint car racing. He built the engines for the sprint car driven by Ronnie Williams. The Ellett’s Automotive Race Team competed at the highest level of the sport. The race car never experienced an engine failure.

Jim was an avid hunter and fisherman. Much time was spent fishing on Lake McConaughy with friends.

Every summer he took his family on adventure filled vacations.

Jim sold his business and retired in 2007. He was then able to dedicate more time to dog training; A passion of his for the past 23 years. He traveled widely to compete in HRC and AKC Tests. He also competed in local field trials. He had many friends in the world of hunting dog retriever. Jim loved his dogs like family and of all of his adventures.

Jim was a fan of Nebraska football. He watched his last husker game with his son a few weeks ago.

Jim was preceded in death by his parents, Alvin and Emeline Ellett; nephew, John Chapman; and brother-in-law, James Chapman.

Cremation was chosen. Family services will be held at a later date. Adams & Swanson Funeral Home is in charge of arrangements.

Memorials are suggested to Bridge of Hope Child Advocacy Center via Adams & Swanson Funeral Home. Online condolences may be shared at adamsswanson.com.