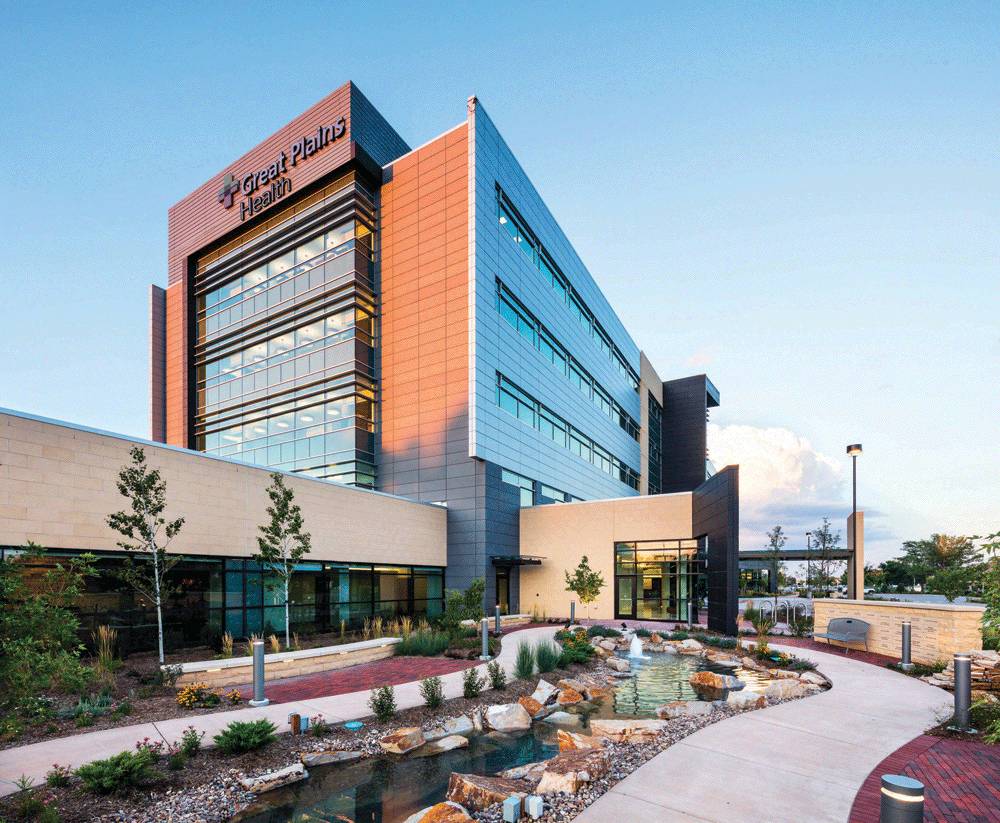 New medications to treat COVID-19 are in use at Great Plains Health in North Platte, and the first doses of a new vaccine could arrive as soon as three weeks from now.

That is good news in the fight against the virus, as the hospital stretches to provide beds and care for patients, and the public tires of taking precautions.

There are currently 29 COVID-19 patients at the North Platte hospital, officials said Friday at a press conference to update the public. Twenty-eight Intensive Care Units are now occupied, out of 32 that are available.

Each intensive care unit can require as many as five nurses, plus doctors, respiratory therapists and pharmacists.

That has placed stressed on the staff and renewed the urgency of advisories for the public to wear masks, avoid gatherings and keep a safe social distance.

There is some good news, however. On Friday, there were nine “staffed beds” available, according to a complex system of keeping track of hospital resources before they become overloaded.

Chief nursing officer Tina Pate said there are 116 beds at the hospital, of which many are restricted to specific uses, such as 19 in the behavioral health unit, 11 for labor (birthing) and four intensive care beds for newborns. A handful of other beds are in pods, which are unsuitable for contagious COVID-19 patients.

“These patients are some of the sickest that I have seen in my career,” Pate said. “Everyone who goes into their room has to put on a full set of personal protective equipment each time, even to bring a tray in or out. Nurses wear an N95 mask all day regardless. And they become the family and support person for the patient. It is physically and emotionally exhausting work.”

Pate said Friday four ICU staffers are currently on sick leave at GPH, which is twice the number on a normal day, as the staff battles their own battles with the virus.

She said the staff situation at the hospital is reviewed every hour and assignments are changed as needed. A normal nurse’s shift is 12 hours, 3 days a week. Now, some nurses work 4-5 days a week.

Pate said the hospital has reached out to retired nurses for help, but only three have responded so far to a request to return to work.

She said the public can help by staying home, wearing a mask, and not “hanging out with your buddies.”

GPH CEO Mel McNea told the Bulletin that about a half-dozen patients at GPH on Friday were from outside the six counties of the West Central Health District, with arrangements made over  a hotline shared by hospitals. The hotline can find places where room and care are immediately available. However, in response to a question, McNea said it might take several hours for an ambulance to move a patient, because ambulance crews are stretched thin too.

On a positive note, just a few days ago there were 40 COVID-19 patients at the hospital, and Friday there were 11 less, at 29.

Part of the reason could be a new medication that the hospital is using – Bamlanivimab. The FDA just authorized the drug for emergency use, and GPH is the first hospital in western Nebraska to use it.

About 10 patients were treated before their symptoms were bad enough to require admission, and they seem to be improving, GPH Pharmacy Director Jason North said. If things go well, the drug could prevent symptoms from worsening and eliminate the need for hospital care.

North said it is important to administer the drug early, within the first 10 days after COVID sets in. The drug interrupts the virus’ ability to trigger a severe reaction – in worst case, the collapse of lung functions.

North said primary care providers / family physicians can refer patients for Bamlanivimab, and a limited supply is available at this time.

There is no cost for the medicine itself but there are some costs to administer it, hospital spokeswoman Megan McGown said.

The medicine is classified as a monoclonal antibody. It is one ingredient of a two-drug combination that President Donald Trump received when he quickly recovered from the virus, North said. Gov. Pete Ricketts also announced the availability of the drug on Friday during a statewide news conference.

Also, GPH is preparing to receive a shipment of new vaccine, hopefully in three weeks or so. First responders, such has the hospital and ambulance staff, are likely recipients of the first doses, followed by the elderly and most vulnerable population.

He said the new vaccine works by introducing a harmless spiked protein that is similar to the COVID-19 protein into the body, thereby alerting the body’s natural defenses to prepare to fight the viral protein. The vaccine must be taken in two doses, three weeks apart.

He said one of the challenges ahead will be shipping and storing the vaccine, which must be kept between minus 60-80 Celsius, or around -90 Fahrenheit. It will be likely be shipped with dry ice, kept in a special freezer, and only thawed before it is injected, he said.