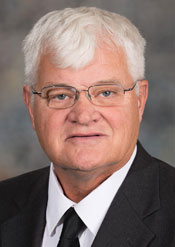 Groene at the Legislature: Dynamics of nonpartisan Unicameral

I have been asked many times why state legislatures such as Iowa, Texas, Georgia, Arizona, Oklahoma, Florida, Wyoming, etc. are passing legislation addressing the concerns that a majority of Nebraska’s citizens also share.

People want to know why the legislature has not put a halt to any future attempt to introduce a radical and racist Critical Race Theory from being slipped into school curriculum or why the school health standards are not being tightened to not allow a liberal state education commissioner and his activist employees, along with a complacent State Board of Education, to bring radical sexual behavior preferences into the classroom.

They are curious why election fraud through vote harvesting and voter registration abuses are not being addressed.

They ask, is not Nebraska a state where the majority still cherishes liberty and honors the tenents of a just God. Does not Nebraska defend the family as the cornerstone of a democratic republic?

I reply: Yes, easily proven by the election results for statewide and national offices. After all, Trump did receive 58% of the presidential vote in Nebraska. The problem lies in how Nebraska’s unique unicameral form of state government has evolved.

The nature of Nebraska’s nonpartisan unicameral is designed to thwart the will of the majority.  Today in the legislature, there are 32 registered Republicans and 17 Democrats. Although advertised as a non-partisan body, most Nebraskans vote based on party affiliation, assuming the candidate shares their political views.

Without the vetting process of a party primary, candidates can claim they are whatever they want and, when elected, vote who they really are. I will say this, the 17 Democrats are honest; they are who they say they are, and they are true to their party’s positions.

Today in the legislature, there are 22 who would be considered conservative and 17 progressive-liberal. There are 10 who I consider Unicameralists, although registered Republicans, they are truly nonpartisan independents.  They have the power in the legislature, unbound by political ideologies or loyalty to the members of a political party who elected them; they are free to roam from issue to issue.

Their swing votes decide who will be committee chairs, by enforcing a secret vote for those selections. Unlike the other 49 states in the union, where the makeup of committees reflects proportionally party affiliation, they enforce what I have called the country club rule; after an election, no senator can be removed from a committee, no matter that the people of Nebraska overwhelmingly support one political viewpoint.

The Unicameralist does not want controversial issues brought out of committee, where they would then have to actually vote and thus show their true colors. They engineer the makeup of committees where the aforementioned issues are assigned; Government, Education, Business and Labor, etc. so those issues never reach the floor of the legislature.

By using the tools of their trade, vote-trading, Christmas trees (multiple bills combined into one) and compromise, they rule the Unicameral.

They throw a bone to the left and the right occasionally to keep the masses at bay, but mostly they focus on expanding government, stronger regulations to protect their trade, and making sure someone else pays the taxes to support their agenda. Meanwhile, you are sitting at home reading between the lines written by the liberal press, who are protective of the Unicameralist accomplishments, wondering “how in God’s name did that bill pass in the legislature?”

As a Nebraskan, you do have one tool to bypass the political distortions of the Unicameralist — the petition process. The Unicameralist, in order to protect their power, has placed burdens on the citizens by enacting higher signature and petitioner requirements. With persistence, we have been able to overcome them and in the last few years, the people have spoken on the death penalty and Medicaid expansion.

Presently there are two petition drives planned — one legalizing medical marijuana and one requiring citizen identification before voting. I assume both will pass with flying colors.