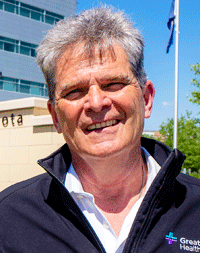 On Nov. 4, the centers for federal Medicare & Medicaid Services required COVID-19 vaccination of the staff at health care facilities. Great Plains Health in North Platte is fighting it.

As with the two other state challenges, Nebraska and other states argues that the healthcare worker mandate exceeds the powers of the President, violating the U.S. Constitution and other federal laws.

In preparing this lawsuit, the state attorney general office has talked to healthcare facilities throughout Nebraska, especially in rural communities, and heard the same message over and over: the mandate will force healthcare providers to fire critical employees, including operations personnel who don’t provide patient care, and that will have a devastating impact on many healthcare facilities, Attorney General Doug Peterson said.

It jeopardizes the ability of Nebraska residents to access necessary healthcare services.

The lawsuit asserts that state health officials and local hospital administrators are in the best position to address appropriate COVID-19 issues in Nebraska health care facilities, not the federal government.

The rule applies to any institution that receives Medicare or Medicaid reimbursements, GPH spokeswoman Mary Roberts said in a press release.

Great Plains Health Chief Executive Officer Mel McNea provided an affidavit testifying to the potential negative impacts should this hard rule stand. The affidavit is included in the legal suit in the 8th U.S. Circuit Court of Appeals.

McNea said the hospital believes in the benefits of the vaccine, but needs the staff to be on the job. The hospital sometimes runs short of staff as it is.

“This is not about the vaccine and it is not about politics,” McNea said in the press release. “We believe in the vaccine and have seen firsthand how the vaccine has reduced hospitalizations and deaths. This is about being able to maintain a staffing level to be able to continue providing healthcare services to the region.”

The lawsuit says that Great Plains Health in North Platte is able to staff only about 70 of its 116 beds because of workforce shortages and has received notice from a majority of personnel in its behavioral health unit that they would resign rather than be vaccinated, the Boston Globe reported Thursday.

GPH leaders are communicating with the chief medical officer of Nebraska as well as the Nebraska Hospital Association about the implications of the rule.

Also, GPH is researching how certain medical and religious exemptions will be determined, Roberts said.

Previously, Nebraska joined other states to file lawsuits against the vaccine mandate for government contract workers, such as Bailey Yard employees, and against the mandate for companies with 100 workers or more.

The lawsuits claim, among other things, that the mandates violate the 10th amendment of the Constitution, which provides that powers not delegated to the federal government are reserved to the states.

The 5th U.S. Circuit Court of Appeals has temporarily blocked the business vaccine rule, saying it raises grave constitutional issues. That court is hearing further arguments from both sides.

Challenging the same requirement for federal contractors, the states urged a federal judge Thursday to expedite their lawsuit and make a ruling by Thanksgiving, saying that workers urgently need to know before Christmas if they would have to find new jobs .

The newest lawsuit contends that the CMS vaccine requirement is unprecedented and unreasonably broad, affecting even volunteers and staff who don’t typically work with patients.

“The (vaccine for health workers) mandate is a blatant attempt to federalize public health issues involving vaccination that belong within the States’ police power,” the state’s lawsuit says.