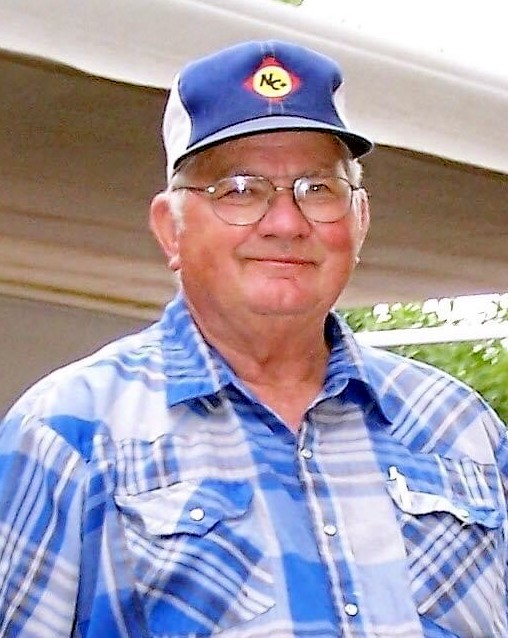 George, the son of Vernon and Alice Halley, was born on the family farm southwest of Stockville on December 29, 1937. He grew up on the farm and attended North Star Country School then Stockville High School, graduating in 1957.

In April 1958, George enlisted into the U.S. Army and was stationed in Germany. Following his discharge, George returned to Nebraska. He hired on with the Union Pacific Railroad and worked 31 years until retiring as a Carman in 1999.

George married Iona Burton in Maywood, October of 1960. They made their home in North Platte and had three children, Kevin, Ken and Kristi. The family later moved to Hershey in ’73 then returned to North Platte in 1984. After George and Iona divorced, he married Janice Madison in August of 1986 and they lived on a farm west of North Platte.

George was a member of Grace Community Bible Church and Platte Valley and Southwest Tractor Clubs, and was a past member of the Eagles.

He was preceded in death by his parents, Vernon and Alice; sisters, Evelyn Hilker and Carol Walther; brother-in-law, Howard Chambers; and sisters-in-law, Claudia Dale and Corrine Brown.

Celebration of Life will be held at 10 a.m., Monday, September 19, 2022, at Grace Community Bible Church with Pastor Mike Wing officiating. Inurnment with military honors will follow in Fort McPherson National Cemetery. The memorial book may be signed online at odeanchapel.com or Sunday 1-5 p.m. and with family greeting from 2-4 p.m. at Odean Colonial Chapel at C & Sycamore, which is in charge of arrangements. Memorials are suggested to the church or the Lincoln County Historical Museum.