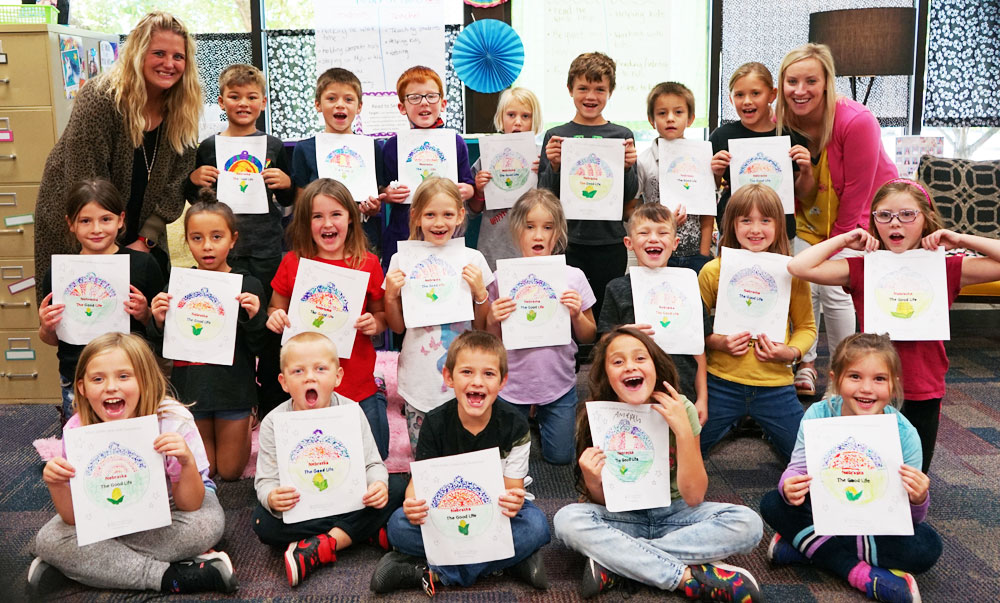 Students from 58 schools across the nation and abroad, including Cody Elementary in North Platte, have designed one-of-a-kind ornaments for the 2021 National Christmas Tree display on the Ellipse in President’s Park at the White House.

Cody students colored ornaments on pieces of paper as well as a picture of an ear of corn, as examples of what makes our state special and its good life. However, some observers may think the most special things in Nebraska are the smiles of children.

These ornaments will adorn 58 smaller trees surrounding the national Christmas Tree, organizers say. The trees represent each U.S. state, territory and the District of Columbia as part of the America Celebrates ornament display.

The U.S. Department of Education worked with states and territories to identify elementary, middle and high schools to participate in the program.

From state flowers to notable landmarks, students created ornaments that celebrate the places they call home. Check out the President’s Park Facebook page for more photos of ornaments.

You’re invited to view the National Christmas Tree and the 58 state, district and territory trees and their ornaments up close daily from Dec. 4 through Jan. 1, 2022.

The National Christmas Tree Lighting has strong ties to education.

In 1923, a letter arrived at the White House from the District of Columbia Public Schools proposing that a decorated Christmas tree be placed on the south lawn of the White House. On Christmas Eve that year, President Calvin Coolidge walked from the Oval Office to the Ellipse and pushed a button that lit the first National Christmas Tree. It was a 48-foot balsam fir donated by Middlebury College in Vermont.

Since 1973, the National Christmas Tree has been a living tree that can be viewed year-round in President’s Park – one of America’s 423 national parks.