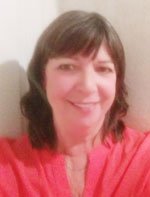 Wuehler will be the first woman to serve as Lincoln County commissioner. She will take the oath of office at 8:45 a.m. Monday before the board holds their regular weekly meeting. The ceremony will be held in the commissioners’ meeting room on the east end of the courthouse.

She replaces Bill Henry and will represent District 3, which is generally the southwest part of North Platte and Lincoln County.

Wuehler is a retired operations supervisor for United Parcel Service. She worked her way up in the company over a 32 year career. Before she retired, she supervised UPS operations in North Platte, McCook and Broken Bow. She also has a background in ranching.

Lincoln County Clerk Becky Rossell said all three candidates interviewed well and the county would not have gone wrong with any of them. Wuehler was the first choice of all three county officials.

“She’d done her homework,” Rossell said. “She answered the questions well and knew the duties of the commissioners.”

Wuehler said through her work at UPS, she came to know every road in Lincoln County, and the condition of those roads.

Citing health issues, Henry resigned on in late September, 15 months before his term would have expired.

Justin Gosnell and Trey Wasserburger also applied for the position.

Gosnell is an operations manager and assistant fire chief at the North Platte Regional Airport. He attended the Maxwell schools, as well as college in Lincoln, according to his application. He previously worked for the Nebraska Department of Transportation (Roads) and as a land surveyor.

Wuehler will serve the rest of this year and through 2022.

The voters will decide in November who is in the position for the subsequent four years. Candidates can file for the position in early January, Rossell said.