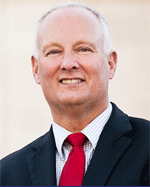 President Biden’s Occupational Safety and Health Administration issued nearly 500 pages of rules Thursday that spell out the federal requirement for workers to get vaccinated for COVID-19.

The publication of the rules has sparked more resistance even as it makes more demands. Gov. Pete Ricketts said Nebraska would fight the mandates, and state Attorney General Doug Peterson said he is challenging it at the federal court of appeals level.

Opponents are calling for a national “no shows” at jobs from Monday-Thursday, Nov. 8-11 to protest the mandates. The “walk off” is led by California attorney Leigh Dundis, who spoke in North Platte in July at the fairgrounds to an enthusiastic crowd of about 400 people.

Peterson said the U.S. Supreme Court has repeatedly ruled that healthcare regulations, including compulsory vaccinations, fall uniquely within the authority of the state, not the federal government.

“For the first year and a half of the COVID-19 pandemic, both the Trump and Biden Administrations recognized this,” Peterson said Friday in a media statement. “Yet now, the Biden Administration is attempting to override state authority by using an executive order.”

Peterson said the OSHA rule is 490 pages long in its preprint form, making it “clear that the Biden Administration is trying to create new law through executive order.”

He said Nebraska would go to court to protect constitutional boundaries of power as well as the 44% of Nebraska workers that fall under the mandate.

A closer look at the OSHA rules, from the Associated Press and other sources:

The deadline for federal contractors to get vaccinated is now Jan. 4. In September, the White House set the deadline at Dec. 8, but it has been pushed back.

There are no options for federal contractors to opt out of the vaccine by taking regular tests for COVID-19 instead.

Union Pacific says the company is a federal contractor; therefore, employees at Bailey Yard fall under the rules. Bailey Yard workers held a protest on Oct. 16 at the courthouse and opponents are strongly considering walking off the job instead of complying.

In late October, Nebraska joined nine other states in a lawsuit against the Biden Administration for imposing the mandate on federal contractors and federally contracted employees.

For its part, OSHA says it has emergency authority to issue rules that protect workers from an imminent health hazard and the rules will pre-empt all state law.

Under the OSHA rules that were issued Thursday, companies with 100 or more employees must require those workers to get fully vaccinated — with two shots of the Moderna or Pfizer vaccines, or one shot of Johnson & Johnson — by Jan. 4.

After that date, any employee who remains unvaccinated must provide a verified negative COVID test weekly. Companies aren’t required to pay for the weekly tests, so employees must make their own payment arrangements. Also, unvaccinated employees must wear masks, the OSHA rules say.

The mandate could be expanded to companies with less than 100 workers, OSHA also said. OSHA will make a decision after collecting public comment on that proposal for the next 30 days.

Requirements don’t apply to people who work at home or outdoors.

Starting Dec. 5, employers must offer paid time off for workers to get vaccinated and also provide sick leave if workers suffer vaccine side effects.

Health care workers that treat Medicaid and Medicare patients must be fully vaccinated by Jan. 4. There is no weekly test-out option for them, but they can ask for religious or medical exemptions. The mandate will cover about 17 million health care workers at hospitals, nursing homes, surgical centers and other facilities across the country, AP said.

OSHA will purportedly help companies with vaccination plans. It will also enforce the rules. The fines for non-compliance will vary based on a company’s size and other factors, but companies might pay up to $13,653 per individual violator. However, enforcement will be difficult. OSHA has only around 1,850 inspectors to oversee 130 million workers at 8 million companies, the AP report says.