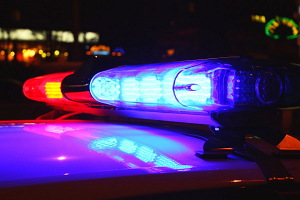 Troopers seize suspected fentanyl on I-80 near Aurora

Two Arizona men were arrested Thursday night after about 50,000 pills of suspected fentanyl were found in their pickup.

The case started around 8:30 p.m. on Thursday when a trooper saw an eastbound Toyota Tacoma improperly pass a semi-truck and pulled it over, Nebraska State Patrol spokesman Cody Thomas said.

During the traffic stop, the trooper became suspicious of unspecified criminal activity, and executed a search of the vehicle. The search turned up several bags of suspected fentanyl pills inside the tailgate of the pickup.

In total, the pills weighed more than 11 pounds. Thomas said small amounts of suspected cocaine and methamphetamine were also found.

The driver, Jesus Quinones, 27, and passenger, Daniel Alvillar, 44, both of Phoenix, Ariz. were charged with possession of controlled substances and possession with intent to deliver. They were placed in the Hamilton County jail.