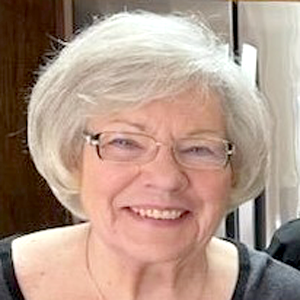 Teri was born on June 19, 1945 at Baltimore, Md. to John J. and Helen R. Garrick. She grew up in Omaha until moving to North Platte at the age of 12. During her teen years, she attended St. Patrick’s school and worked for her father at Johnny’s Cafe.

She was united in marriage to Bill Kummer on Aug. 24, 1962 in Taos, N.M. The couple then made their home in North Platte. Teri spent many years raising her four children before returning to school and graduating in 1995. Teri was employed as a registered nurse at Great Plains Regional Medical Center until her retirement in 2005.

She was known for her love for the Lord, and served as a prayer warrior and a spiritual advisor to her children, grandchildren and several other individuals in her life. You could always count on her for an encouraging word and a shoulder to lean on.

She shared a special bond and friendship with her youngest daughter, Lisa. Teri spent many hours attending her grandchildren’s games and activities.

She attended Harvest Christian Church and participated in various ministries and Bible studies during her time. She was the cornerstone for her immediate and extended family and will be sorely missed by all.

Funeral services will be 11 a.m. on Thursday, Feb. 25 at Harvest Christian Fellowship with Rev. Jeremy Rinke officiating followed by the burial at Floral Lawns Cemetery. Visitation will be at noon-8 p.m. on Wednesday, Feb. 24 at Carpenter Memorial Chapel with family receiving friends from 5-7 p.m.

Memorials are suggested to Special Olympics or Harvest Christian Church. Online condolences and sharing of memories may be directed to carpentermemorial.com.