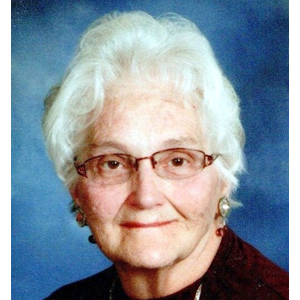 Terrylee was born to Terrance and Emma Bannister on April 6, 1942 at her aunt’s home in Elwood, and grew up in North Platte. She was a cheerleader in high school and graduated from North Platte High School.

Terrylee married Tom Spencer and they lived in Utah. The couple had three children, Monte, D’Nae and Becki, and later divorced.

Terrylee married Doyle McIntosh in North Platte. They eventually moved to Omaha for a while before returning to North Platte in ’69. They had three children, Rick, Tia and Derreck, and later divorced.

While in Omaha Terrylee worked at General Electric and there she met her best friend, Shirley.

In 1975 Terrylee went on to marry Bob Furse at the Johnson Lake Side Chapel. They later made their home together at Johnson Lake and Terrylee worked with Bob driving trucks until divorcing in 1990.

Over the years Terrylee had also worked at various restaurants, Kmart and a Cracker Barrel Restaurant in Kansas.

In 1996 she wed Leland Plumb and they were together until his death in 2009, which was also the same year her mother died. They lived in Herrington, Kansas, and it wasn’t until 2018 when Terrylee returned to North Platte.

She is survived by her children, Becki (Victor) Ontiveors of Ogden, Utah, Rick McIntosh of North Platte, Tia (Rich) Britten of Brady, Derreck (Jenny) Furse of Gothenburg, and Mike (Diane) McIntosh of Sutherland; sister, Linda Mueller of Arizona; as well as many grandchildren, great-grandchildren and other family.

Terrylee was preceded in death by her parents, Terrance and Emma Bannister; husband, Leland Plumb; and children, Monte Spencer and D’Nae Benson

Visitation will be Saturday, Feb. 20 from 10 a.m.-2 p.m. at Odean Colonial Chapel, which is in charge of arrangements. Cremation will follow and a graveside service will be at a later date in the North Platte Cemetery.