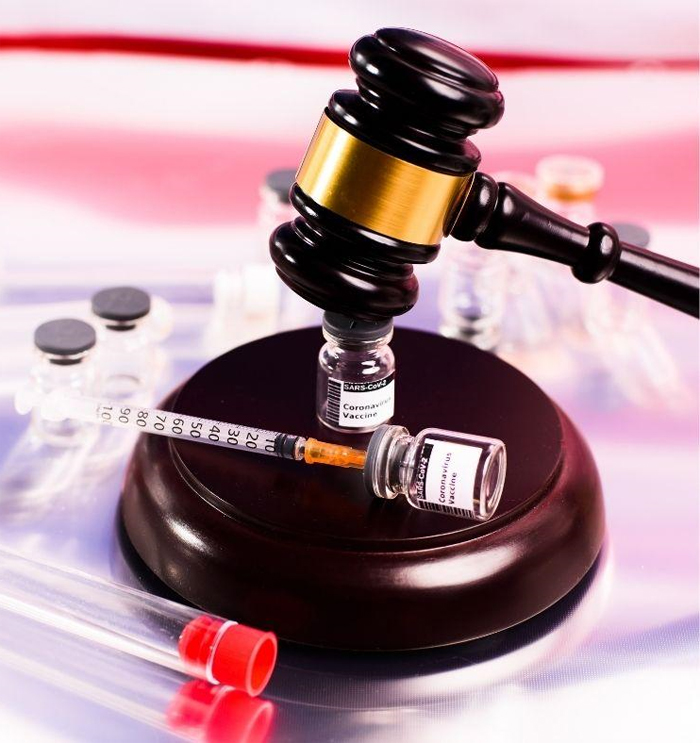 The U.S. Supreme Court put an end Thursday to the COVID-19 vaccination mandate for workers in big companies but left the mandate in place for health care workers, ending months of speculation.

“Requiring the vaccination of 84 million Americans, selected simply because they work for employers with more than 100 employees, certainly falls in the latter category,” the majority opinion said.

In the healthcare decision, the court said that the Department of Health and Human Services has “long included a requirement that certain providers maintain and enforce an infection prevention and control program.”

“The vaccine mandate goes further than what the Secretary (of Health and Human Services) has done in the past to implement infection control. But he has never had to address an infection problem of this scale and scope before,” the ruling said.

Federal requirements are in place for hospital employees to wear gloves, sterilize instruments, wash their hands in a certain way and at certain intervals. A requirement for a COVID-19 vaccination follows, the majority said.

“After all, ensuring that providers take steps to avoid transmitting a dangerous virus to their patients is consistent with the fundamental principle of the medical profession — first, do no harm,” the majority wrote.

Great Plains Health in North Platte and several other rural hospitals in Nebraska objected to the mandate. They said the mandate would force them to cut patient services, because staff would leave if they do not choose to be vaccinated, and the hospitals are already short of staff.

There was no immediate comment from GPH about the ruling, but discussions have begun at GPH and an action plan is expected to be formalized next week, GPH spokeswoman Mary Roberts said Friday.

On the other hand, one of the dissenting justices (Justice Sam Alito) wrote, “I do not think that the federal government is likely to be able to show that Congress has authorized the unprecedented step of compelling over 10 million healthcare workers to be vaccinated on pain of being fired.”

Alito said the federal Centers for Medicare and Medicaid Services (CMS) should have published the full rule and taken comments, which is the normal method of federal rule making.

CMS claimed there wasn’t time for that process, that the pandemic was moving too fast.

“The vaccines that CMS now claims are vital had been widely available 10 months before CMS’s mandate, and millions of healthcare workers had already been vaccinated before the agency took action,” Alito wrote. “President Biden announced the CMS mandate on Sept. 9, nearly two months before the agency released the rule on Nov. 5, and the mandate itself delayed the compliance deadline further by another month until Dec. 6.