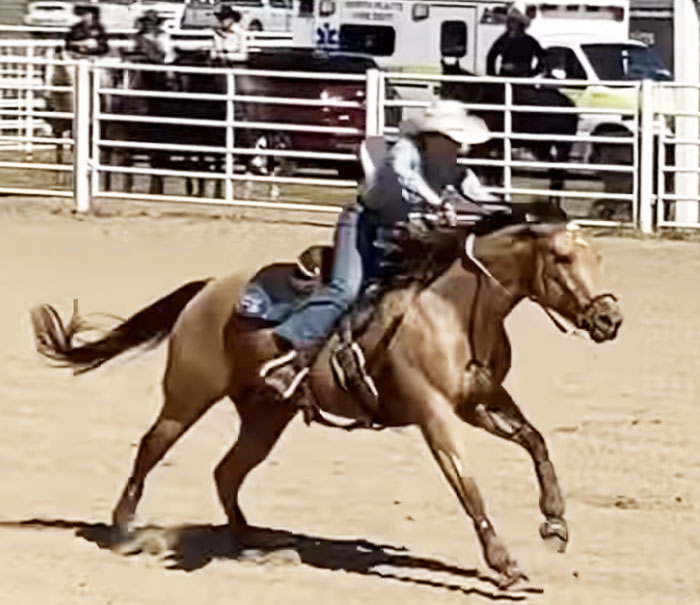 More than 200 cowgirls and cowboys from Nebraska came Sunday to compete in the final high school rodeo of the year at the Wild West Arena in North Platte.

The day began at 8 a.m. with boys and girls cutting and reined cow horse competitions. In boy’s cutting, Bo Bushhousen of St. Libory walked away with a score of 72.

Peyton Fisher of Hershey also scored a 72 in girl’s cutting.

In the reined cow horse competition, Callie Olson of Bloomfield scored a total of 142 points.

With the arena divided in two sections, Cody Brinkman from Kimball earned a score of 67 in the bull riding competition.

Meanwhile on the other side of the arena, Laynee Ohm of Hyannis won goat tying with a time of 7.49 seconds.

Team and breakaway roping was split into three sections and the events ran throughout the day since there were more competitors than calves available.

Heading the winning team was Reagan Mcintyre of Grand Island with heeler Owen Littau of Newport. Their time was a fast 9.28 seconds.

Steer wrestling, commonly referred to as bulldogging, was also divided into two sections, Coy Johnston of Stapleton won with an impressive time of 5.49 seconds.

The saddle bronc horses were especially feisty for the high school rodeo riders, as no one was able to score.

Anna Clark from Thedford wowed the crowd in the last event of the day, barrel racing, with a time of 17.477 seconds, the first and fastest time. Jaycee Lambert of Harrison came in second with a time of 18.172 seconds.

High School students from all over the state had the opportunity to compete this fall in 12 rodeos. Rodeos will begin again in the spring, normally the first week of April. When the school year is over, each competitor’s scores will be compiled for the top 15 rodeos.

The top 30 leaders in each event, along with the top 60 in team roping, are automatically entered into to the Nebraska state finals rodeo.

The state high school rodeo will be held in June.