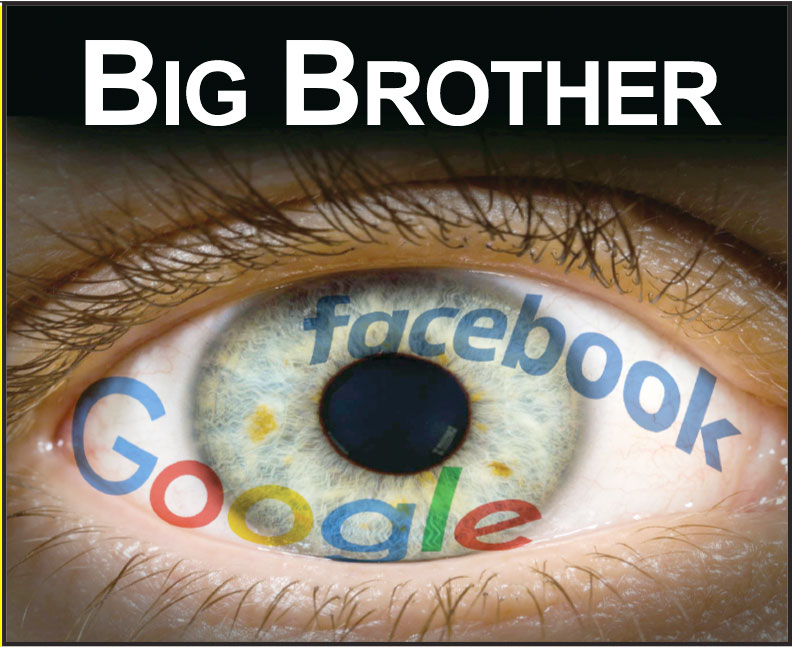 Social media: Too smart for our own good

And it is the most insidious force, by far.

If you ever wondered why your smart phone seems to know when you would like to see a photo, or receive a friend request, or a response to one of your comments… it’s because the computer understands you.

And it is understanding you better all the time.

Your computer knows the product you thought about buying online. It shows you advertisements for the product on nearly every website you visit.

Facebook and Google are just two of the largest and richest companies in the world, and their computers are programmed with algorithms to keep your attention.

As the computers acquire more knowledge about you, they adjust. Then they devise more tactics to keep you looking there.

The situation is laid out in a documentary film, The Social Dilemma, a movie created by big tech top executives who dropped out of the business just to sound the alarm.

They want everyone, not just the people who work in the business, to know how social media manipulates people.

Even the former top executives feel manipulated by the very programs that they created.

“Tons and tons of computers, as far as the eye can see. They are deeply interconnected with each other and running extremely complicated programs,” Rosenstein said.

The designers say the computers have a goal – to keep you looking at the advertisements on their pages, because the companies receive a commission every time an advertisement makes an impression on the user.

The computers work alone with “almost no human supervision, and are making better and better and better predictions about what we’re going to do and who we are,” said Sandy Parakilas, a former operations manager at Facebook.

The computers do exactly what their programmers tell them to do, 24/7, and most ominously, they are always learning as they go along.

You get an email telling you that you have a new notification on Facebook. You get a message that a friend’s LinkedIn profile has been updated. The emails seem to arrive just as you happened to wonder about those things, because of the artificial intelligence of master computers.

“The Social Dilemma is timely and urgent,” Rep. Jeff Fortenberry said Jan. 22 in a newsletter to his constituents. He made a rare recommendation to see a movie.

Congress has been grappling with ways to regulate the vast business that is, for the most part, unregulated.

“The movie explores how social media titans profit from the confirmation bias, division, and hysteria stoked and amplified on their highly addictive platforms,” Fortenberry said.

The computers are not designed to protect and nurture children, and they dig into the brain stem and influence kids’ sense of self-worth and identity. In some cases, they become the biggest influence in how the child feels about themselves.

The opinions of others reinforces our identity and self-worth. It is normal to feel great to get the approval of others. That is an evolutionary force that drives us to make friends, find a soul-mate, marry and raise a family.
When we feel the approval of friends, we get a shot of dopamine, the pleasurable chemical in our brains.

However, a few seconds of approval on Facebook does not meet our needs, but leaves us empty on a deeper level. “Likes” or “loves” and “hugs” feel good for a little while, but when they are gone, we can be lonely and disappointed, and anxious about what we need to do to make firm friends.

It becomes a dangerous, even deadly, situation for a young person. Studies show that self-harm and suicides are rising in those age groups.

“There has been a gigantic increase in depression and anxiety among teenagers which began right around — between 2011-13,” said Jonathan Haidt, PhD and professor at the NYU Stern School of Psychology.

According to Haidt, the number of teenage girls who go to the hospital after cutting themselves increased 62% from 2010-2020, compared with the previous decade.

That increase is three times higher among pre-teenage girls, who are sometimes called tweens. For tweens, the increase is a whopping 189%. Worse, suicides are shooting up among the same groups. Suicides have increased 70% for teenage girls and 151% for tweens in this decade compared to the last.

The young women are the first generation in history to have been on their smart phones since middle school or earlier. They come home from school and the first thing they do is get on their devices, Haidt said.

They are much less comfortable taking risks than girls of previous generations. Their exposure to computers has convinced them that computer connections are the source of their growth, rather than seeking deeper, more sustainable relationships and interests.

Users equate the loves, likes and thumbs up that they receive with value and truth, but it is a “fake brittle popularity,” said Chamath Palihaptiya, former vice president of growth at Facebook.

“These services are killing people… and causing people to kill themselves. Compounded by 2 billion people, it is really bad… really, really bad,” he said.

Fortenberry said social media manipulation presents a clear threat to public health – tearing down trust between people and in institutions, trust in democracy and leading to violence at such places as the U.S. Capitol Building.

The computers feed you topics based on your interest. If you are interested in politics, they send you intriguing, even outrageous political views. For instance, if you like podcasts, they send political podcasts to attract your interest with radical headlines.

The computers do not care if the headlines are truthful, or if they lack respect for others. The computers are programmed to feed you things that engage and excite you, including fake news.

“We wanted to figure out psychologically how to manipulate you as fast as possible and give you that dopamine hit,” Palihaptiya said.

“(We were) exploiting a vulnerability in human psychology… (we) understood it consciously and we did it anyway,” former Facebook President Sean Parker says in movie, with a tone of amazement and regret.

Ironically, even the designers found themselves addicted to social media. They couldn’t get off it, even though they knew what was going on behind the scenes. They tried through will power and they tried by locking up their devices. That’s when they knew it was time to quit.

They keep their children from using it, either setting firm limits or prohibiting it entirely.

But social media now reaches most of the people in the world, and their companies are making a fortune. Some might call it a killing.

Google’s parent company, Alphabet, cleared around $40 billion in net profits in 2020, according to the website, Macrotrends.

“These are the richest companies in the history of humanity,” says Soshana Zuboff, PhD, Professor at Harvard Business School. “They have more information about us than has ever been imagined in human history.”

And those computers are relentlessly learning how to make more money, manipulating us to help them.

The world of artificial intelligence is upon us.