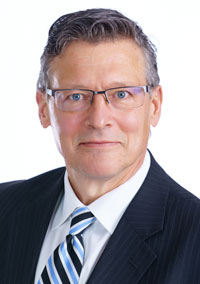 Hanson made the announcement at the school board meeting.

He has battled cancer this year, for the second time in his life, which he said makes a person rethink their priorities.

“It’s a good time to move on,” he said. “I have been connected to school since I was five years old – half a century.”

Of that time, he’s been a teacher or administrator for 38 years. He started his teaching career in math and science.

He said he has no big future plans except to enjoy life, visit children, travel, and work the farm near Omaha.

Hanson came to North Platte from Papillon-La Vista public schools, where he was an assistant superintendent. He has guided the district through evolving state and federal requirements, some staff reductions, and COVID-19.

Under his leadership, the district has added more rigor to the high school and managed to reduce the overall cost of administrative salaries. The preschool program has expanded, including one daycare/preschool at Osgood.

For nearly three semesters, the district has taken daily steps to prevent the spread of COVID-19, ranging from closure of all the buildings to mandatory masking to, lately, a targeted approach directed at one classroom and/or school building at a time.

He said his philosophy has been to do what is right, not what is easy.

If he could change one thing in education it would be to “let kids be kids” by bringing some fun back into the classroom, expanding the school day and allowing kids to play and socialize more.

He also said the demand on teachers has increased during his career to the point where they have too much to do in 180 days. He said there is too much federal and state interference in the classroom.

The official date of his departure is the end of the school’s fiscal year — June 30, 2022.