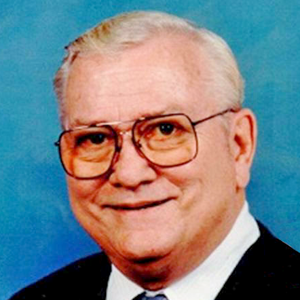 He was born on March 2, 1933 to Theodore and Mary (Kemper) Callihan in Grand Island.

He entered the United States Air Force on April 3, 1952 and was honorably discharged after four years on March 10, 1956.

Royce was united in marriage to Charleen (Johnson) Callihan on April 3, 1960 and to this union two children were born: Kim and Deborah.

He sold insurance before he worked for Bill Hemmings and The Moose Lodge. Royce made a career for the U.S. Post Office where he was a mail carrier and supervisor. After working there for 26 years, he retired in November 1990.

Royce was a member of the Saint Patrick’s Catholic Church and a past member of the Elks Club, Moose Lodge, American Legion and Postal Supervisors Union. He was loved by most and respected by all. He was always there to help others when they needed it. He liked to laugh and joke and enjoyed his hobby of woodworking. Royce loved his family and his dog, Abby.

He is survived by his daughters, Kim (Greg) and Deborah Callihan; brother, Dave Callihan; sister-in-law, Virginia Richardson; and nieces and nephews.

Funeral services will be held at 11 a.m. on Friday, Feb. 19 at Carpenter Memorial Chapel, which is entrusted with arrangements, with Rev. Vidya Sagar Arikotla celebrating. The burial will be at 1 p.m. at Fort McPherson National Cemetery will full military honors by the North Platte Veterans Honor Guard.

Visitation and book signing will be Wednesday and Thursday, Feb. 17-18 from 9 a.m.-8 p.m. at Carpenter Memorial Chapel.

Memorials are requested to the family to be designated at a later date. Online condolences and sharing of memories may be directed to carpentermemorial.com.