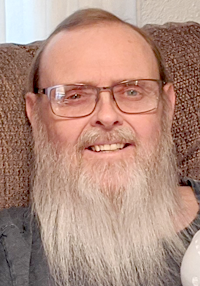 Bob graduated from North Platte High School with the class of 1971 and then attended North Platte Community College. He was an Eagle Scout as a young man.

Bob worked at International with his father as parts manager for many years. He married Julie Burkholder on May 7, 1983 in Hershey. Bob went to work with his family at Andersen and Sons and earned the respect of the business community.

He was a member of the Chevy Nomad State and National Clubs and won many awards for his ‘55 Nomad. Bob enjoyed Nascar racing and was a Dale Earnhardt fan.

He was a loving family man, putting his family as the center of his life. Bob was quite a joker, always wanting to get a laugh and was described as “ornery.”

He was preceded in death by his father, Lyle.

Services will be held 10 a.m., Tuesday, July 20 at North Platte Berean Church with Rev. John Stone officiating. Burial will follow at North Platte Cemetery. Visitation will be held noon-7 p.m., with family present 5-7 p.m. on Monday, July 19 at Adams & Swanson Funeral Home, which is in charge of arrangements.

Memorials are suggested to National Kidney Foundation, Kidney.org. Online condolences may be shared at adamsswanson.com.