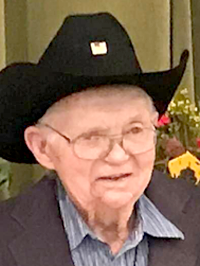 Robert L. Wolf, 91, of North Platte went to his eternal home on Nov. 22, 2021 at the Community Memorial Health Center in Burwell.

Robert joined the Army in 1949 and was honorably discharged in 1956 after serving time in Germany.

In 2015, he moved from his country home in Stapleton to North Platte.

He was preceded in death by his wife, Hazel; son-in-law, Michael Ramm; grandson, Tony Wolf; and sisters, Arlene Flagg and Jean Nickelson.

Funeral services will be held at Adams & Swanson Funeral Home at 10 a.m. on Monday, Nov. 29. Inurnment will follow at Ft. McPherson National Cemetery. There will be no visitation.

Memorials are suggested to St. Jude’s Children Hospital and online condolences may be shared at adamsswanson.com.