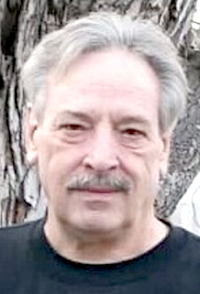 Rick was born to Calvin and Carolyn Mathews on March 1, 1951 in Imperial. He grew up in Ogallala and graduated from Campion Academy in Colorado.

After high school, Rick returned to Ogallala and married Pamela Gregory on Feb. 5, 1971. They moved to Denver for a short time and Rick sold mobile homes and worked at Jerry’s Style Opedic Shoe Store. The couple returned to Nebraska where Rick ran a gas station/convenience store in Enders for his brother-in-law for a year then moved back to Ogallala. Rick then worked at Tastee Snack for a little while before he and Pam bought the business and ran it for 15 years.

The couple eventually moved to North Platte. Rick worked for various places including Bankers Life and Causality, but he enjoyed being a business owner and cooking, so he bought Sno White in Sutherland and has operated it every summer since 2000.

Rick was a member of the Elks and Jaycee’s. He was a fan of the Denver Broncos, Kansas City Royals and Creighton basketball and enjoyed golfing, trap shooting and especially loved being around his family. Rick was a great husband, dad and grandpa who will be greatly missed.

He was preceded in death by his parents, Calvin and Carolyn.

Memorials are suggested to St. Jude Children’s Research Hospital or to the family.