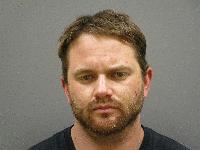 Two suspected meth dealers were arrested in North Platte during the weekend after police were called in for other reasons.

Investigations led to the arrests of Austin Priest and Hiram Rodriguez, police spokesman Matt Elder said. Priest was initially accused of and charged with domestic assault, but police ended up searching his room, where they found contraband.

In all, more than 6.5 ounces of meth were seized.

Priest’s arrest started at 10:20 a.m. on Wednesday, March 31, when police went to the 3200 block of S. Jeffers to check out a report of a physical disturbance between a man and woman.

The man was reportedly driving away from the scene, according to the 911 caller.

Upon arrival, officers spoke with the alleged victim as well was several witnesses, Elder said. They were told that Priest, 32, showed up in the parking lot, took the victim’s cell phone, threw it on the ground and broke it.

When both Priest and the victim tried to grab the phone off the ground, Priest allegedly threw the woman to the ground, then threw her phone again. She got up and ran to a vehicle nearby.

Priest caught her again, grabbed her by the coat, pulled her out of the car, then got in the car and started to drive away while holding on to her.

The woman ran alongside for a short time, then Priest let her go and she got away, the police report said.

Priest could not be found at the time, but around 8 a.m. on April 2, patrol officers saw Priest’s vehicle parked in the 200 block of Eugene Ave, and learned that Priest was staying in a hotel room there.

They found his room and took him into custody without further trouble. When they did, they smelled marijuana in the room, so they obtained a search warrant.

The search yielded about 37 grams of suspected methamphetamine, 10 grams of marijuana, and two pills that were controlled substances.

Priest was incarcerated at the Lincoln County jail, charged with third-degree domestic assault, criminal mischief, reckless driving, possession of meth with intent to distribute, possession of money during a drug violation, possession of less than an ounce of marijuana, and possession of Vyvanse, a nervous system stimulant that affects chemicals in the brain and nerves that contribute to hyperactivity and impulse control.

At 6:06 a.m. on Saturday, April 3, police were dispatched to the 2100 block of W. First to investigate a suspicious activity — an unknown man in the driveway of a residence, banging on stuff and talking to himself.

Officers found the man leaning against a vehicle in the driveway and asked him for his identification.

The man, later identified as Hiram Rodriguez, 31, reached in his pocket, presumably to retrieve his ID. But as he pulled his hand out, he made a serious mistake. A plastic bag fell out of his pocket too.

Police found a white crystalline substance in the bag that was believed to be meth.

Rodriguez was arrested and the substance was later confirmed to be approximately 143 grams of meth.

Rodriguez was within 1,000 feet of a school at the time. He was not only charged with possession of more than 140 grams of meth but also possession of a controlled substance with intent to distribute near a school.

Also, at 5:30 p.m. on Easter Sunday, April 4, police saw a vehicle with fictitious plates near 11th and Silber and pulled it over.

The woman driving was unable to produce any identification, but provided a name and date of birth to the officer. The officer determined it was a phony name and birthdate and confronted the driver with their suspicions.

The driver was eventually identified as Dawnovan Polfus. 30, who was wanted on charges in both Red Willow and Lincoln counties. she was placed under arrest and taken to the Lincoln County jail for the warrants, as well as criminal impersonation and other driving offenses.

At 2:15 p.m. on April 2, police made contact with two women in a car while investigating a case in the 1200 block of S. Dewey. They identified one of them as Jennifer Reyna, 36.

They also tried to identify a woman who was riding with her, but the passenger refused to provide identification, except a name. The officer had doubts about the veracity of her name, but Reyna assured them that the woman was who she said she was, according to the police report.

The two women left because they were not part of the initial investigation, but shortly afterward, the officer discovered that the passenger had indeed given a fake name, and she was wanted on other charges.

A while later, police found the vehicle at the same location and confirmed that the wanted woman had a room there. When they went to the room, they again found Reyna. Reyna kept lying and reportedly became hostile with officers, obstructing them in their investigation.

Reyna was charged with obstructing a police officer. When police tried to take her into custody, she physically resisted, but was taken to the floor, handcuffed and taken into custody.

Reyna was taken to the Lincoln County jail, charged with resisting arrest as well as obstructing a police officer.

Police did not find the woman with active warrants.

Reyna was also charged with another crime.

At 8:03 a.m. on April 4, a motel in the 600 block of E. Fourth reported a theft that happened in March. The owner said Jennifer Reyna rented a motel room, stayed a couple days and then left without paying.

Officers charged Reyna with theft of services, according to the police report.