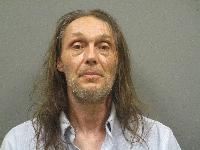 Police arrested a North Platte man and a woman separately Monday after tests showed that children were exposed to meth.

Police spokesman Rory Little said a child abuse investigation was initiated April 21, in cooperation with the Department of Health and Human Services for children in the care of Jesse Callihan, 46.

Little said hair follicle samples were obtained and sent to a lab for testing. The results were positive for meth and amphetamines.

Callihan was apprehended on May 9 and charged with two counts of child cruelty.

A similar investigation was initiated on April 28. Again, hair follicle samples were obtained from the child and sent to the lab for testing. The result showed positive for meth and amphetamines. In this case, Mychelle Foran, 46, was the alleged caregiver when the sample was taken.

Foran was arrested on May 9.

At 9:04 p.m. on Tuesday, police received information that Helen Kramer, 54, a fugitive, was staying at a home in the 700 block of West Second.

Officers responded to this area and found the residence where Kramer was reported to be. She was wanted on previous charges. Kramer was taken into custody without incident and incarcerated at the Lincoln County jail.