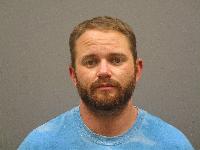 The North Platte police arrested two alleged meth traffickers as well as a shoplifter on Monday.

According to the police report, at 3:05 p.m. officers went to the 1100 block of S. Dewey, in the area of Goodwill, to check out a reported shoplifter who was also said to be intoxicated.

The suspect was identified to officers as Emily Johnson, 19.

As police arrived, they found Johnson’s vehicle in the parking lot with a man passed out in the passenger seat. Officers identified him as Austin Priest, 32.  Officers smelled marijuana from the vehicle and Priest also showed signs of impairment, the report said.

A search of the vehicle turned up methamphetamine, cash, and other items commonly used in the distribution of narcotics.

Priest was taken into custody in the parking lot, and police found Johnson inside the business and took her into custody too.

They were taken at the Lincoln County jail, charged with distribution of meth as well as possession of money during a drug violation.

The same day, Nov. 15, police officers went to the 4500 block of S. Parkway Dr. – the area of Menards — to check out a reported shoplifter. Witnesses described the clothing and vehicle of the suspect.

Officers met with employees who said a man, later identified as Richard Casillas, 49, pushed a full cart of unpaid merchandise out of the store and into the parking lot, the police report said.

Employees said they recovered most of the stolen property but described a few items that were missing.

Police found the suspected vehicle with Casillas inside. He was wearing the same clothing that was described by witnesses, according to the police report. He was also had the stolen items that were described.

Casillas was taken to the Lincoln County jail, charged with two counts of theft by shoplifting. One count is for an item valued between $501 and $1,499, according to sheriff’s records.