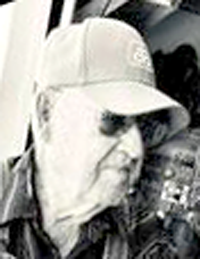 Ora Lee Barnum, 87, a lifelong resident of Stapleton passed away peacefully at Centennial Park on Nov. 15, 2021.

Ora was born on June 10, 1934 in Dickens to Gerald Aubrey and Bertha Syvia Favinger Barnum. He was one of seven children. He was raised north of Stapleton on the family ranch, and graduated from high school in Stapleton in 1952.

Ora met the love of his life Sara Jane Johnson at a dance in Arnold in 1951. They were married on Oct. 4, 1953 at the Presbyterian church in Stapleton. Ora and Sara resided at the family ranch for 27 years where they raised their four children: Donald, David, Darrell, and Donna.

Ora retired from ranching in 1980, and they bought a house in Stapleton where they still reside. In 2000 they built Sara’s Place and ran the cafe till they sold it in 2016.

Ora enjoyed helping his kids, whether it was checking water for the cattle, checking to see if there was any calving or going to the brandings. He loved it all. Ora was always ready to jump in the coyote wagon to go out driving to see if he could find a coyote.

Ora enjoyed going to watch his grandchildren and great grandchildren in the many different activities that they were in. He hardly missed an activity.

For those unable to attend, the service will be livestreamed via the Adams and Swanson Funeral Home Facebook page.

A memorial has been established to the family. Online condolences may be directed to adamsswanson.com.