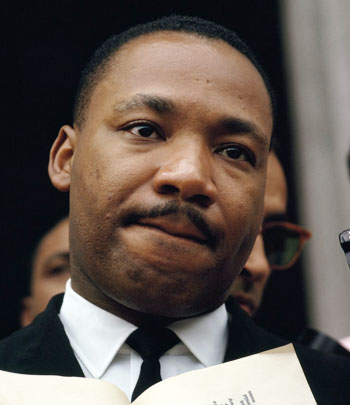 North Platte Community College created an “I Have a Dream” board in the McDonald-Belton building Monday, and students added their dreams to it.

The board is part of NPCC’s celebration of Martin Luther King Jr. Day, organized by the college’s student life department.

Students were encouraged to post their own dreams on the board and were treated to snacks. The educational film “Our Friend, Martin,” about Martin Luther King Jr. and the civil rights movement was show in the theater.

King was one of the most prominent leaders in the civil rights movement from 1955 until 1968. He oversaw bus boycotts, lunchroom sit-ins and marches, always advocating for non-violence. He delivered the inspiring I Have a Dream speech on the steps of the Lincoln Memorial in 1963, the culmination of a peaceful demonstration in Washington D.C. that was attended by 250,000 people. He won the Nobel Peace Prize in 1964. He was assassinated outside his motel room in Memphis in 1968, at the age of 39.

King’s birthday was declared a national holiday in 1986. The honor was signed into law by President Ronald Reagan.