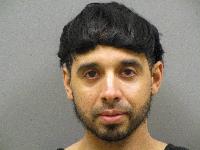 A North Platte man was charged Wednesday with first-degree assault after allegedly shooting another man in the leg the day before.

Eduardo Gomez, 30, is in the Lincoln County jail, awaiting arraignment in court.

Police spokesman Matt Elder said the case began on Tuesday morning at 10:29 a.m. with two 911 calls to report gunshots in the 1000 block of Rodeo Road, across the street from the North Platte cemetery.

Police found a vehicle in the parking lot and unspecified evidence that shots had been fired there, Elder said. but no one in the area.

When they checked the businesses’ video security camera footage, it showed a man entering the building around the time the gunshots were reported who appeared to have an injured leg. The man laid down while others apparently helped provide first aid to him, Elder said.

Police notified area hospitals that a man with gunshot wounds might come to them for medical care. And, in processing the scene further, they found more evidence that a shooting took place, Elder said.

A few hours later, police were notified that a man with a gunshot wound in his leg was brought to Great Plains Health in North Platte and was in the ER. Police identified him as the injured man on security footage. He had a single gunshot wound to the leg.

The man’s injuries are not considered life threatening, according to the police report.

On April 7, investigators reviewed more security footage that showed an altercation took place before the shots were fired. Gomez was identified as the suspect.

Around 11 a.m. Tuesday, police found Gomez and his vehicle were in the 100 block of West First and took him into custody. A search warrant was obtained, and a firearm was found, plus more evidence in Gomez’s car of the shooting.

Gomez is charged with first-degree assault, possession of a deadly weapon during the commission of a felony, and terroristic threats, according to sheriff’s records.

Elder said the investigation is continuing.