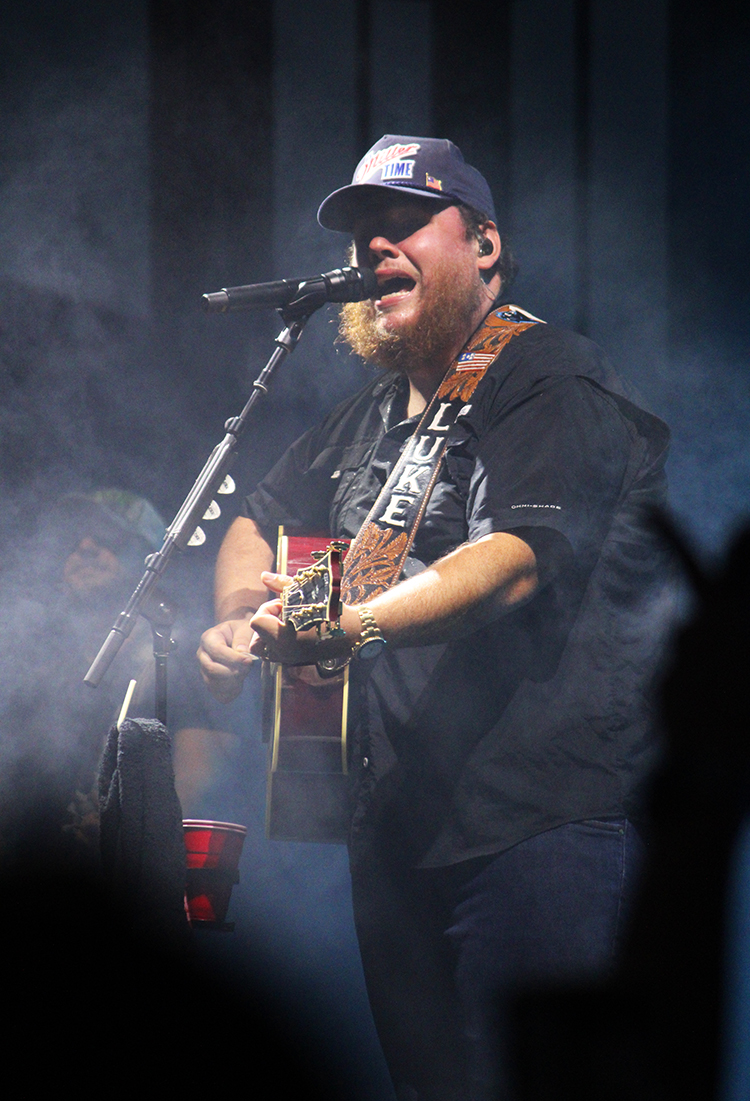 Country music artist Luke Combs won the Entertainer of the Year award on Nov. 10, the Country Music Association’s top prize. He is a friend to North Platte audiences. In fact, most of the biggest names of the night are.

Combs performed in North Platte on June 26 during NebraskaLand Days, and his concert was a sellout. During the North Platte show, many people sang along with songs such as “She Got the Best of Me” and “Beautiful Crazy.”

Combs received the award from Alan Jackson, who played at Nebraskaland Days in 2017. Combs said that he didn’t deserve to win it, but was “sure as hell glad” he did, ABC News reported.

The Entertainer of the Year Award goes to an artist who displays the greatest capability in all aspects of performing. The artist must have a positive public acceptance and make a large contribution to country music as a whole, according to the CMA website.

Winning the award is quite a process, reports the Boot. The artist must be nominated. In the first round of voting, only the top 15 nominees advance. Next, the members of the CMA vote again, but for only five contestants. The top five go to the final round of voting. Then, the members vote for one candidate out of the top five.

The biggest winner of the night was Chris Stapleton, who won six awards, including vocalist of the year, song of the year, single of the year, album of the year and two awards for producing his recordings. Stapleton performed during Nebraskaland Days in 2017.

The 2021 CMA Awards were hosted by Luke Bryan, also performed at the Wild West Arena early in his career.