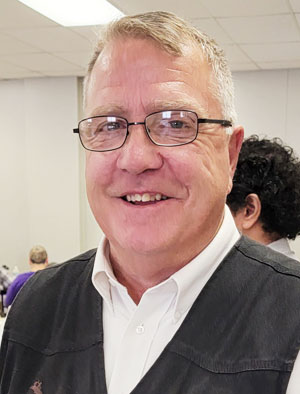 David Wright of Ewing will not appear as a nonpartisan candidate for governor in November. Wright conducted a statewide petition drive but failed to meet two signature requirements.

Wright ran on a platform of instituting the consumption tax, leading to the reconstruction of the state’s tax structure, lowering property taxes in the process.

Secretary of State Bob Evnen’s office announced Sept. 13 that Wright submitted 4,339 signatures to the Secretary of State’s Office, with 3,712 able to be verified. This also meant Wright fell short in needing at least 750 signatures from each of Nebraska’s three congressional districts, as the tossed signatures meant he had only 747 verifiable in the second district, just three signatures short.

Malcom X to be inducted into Nebraska Hall of Fame

The Nebraska Hall of Fame Committee voted by a narrow, 4-3 margin to add Malcolm X as its next inductee, adding the civil rights leader after he had been nominated twice earlier.

Malcom X was born in Omaha.

According to the Nebraska Examiner, the Hall currently has 26 members — five are female, three are Native American — and Malcolm X will become the first African American.

The commission also considered inducting Louise Pound, an educator, folklorist and author at the University of Nebraska. Pound is also the only woman in NU history to earn a letter in a men’s sport — tennis.

Suzanne Geist first to announce candidacy for Lincoln mayor
State Sen. Suzanne Geist of Lincoln officially announced for bid for the 2023 Lincoln mayoral race.
Geist, a Republican, has represented District 25 in the Legislature since 2016 and is the first to enter the race. She presents a challenge to incumbent Mayor Leirion Gaylor Baird, a Democrat who is expected to announce her second term reelection bid later this year.

Two candidates qualify for Omaha race to complete Pahls’ legislative term
Secretary of State Bob Evnen confirmed on Sept. 13 two candidates have submitted enough valid petition signatures to appear on November’s ballot to complete the term of State Sen. Rich Pahls of Omaha, who died at the end of April.

Both State Sen. Kathleen Kauth, who Gov. Pete Ricketts appointed to fill Pahls’ seat, and Tim Royers, who ran for the seat in 2020, qualified for the ballot. Kauth is the president of K.T. Beck Enterprises, a mediation and conflict coaching firm, and Royers is president of the Millard Education Association.

Kauth will continue to hold the seat through at least Jan. 3, per state law. The election is to fill the remainder of Pahls’ term through January 2025.

Diane Sabatka-Rine will replace Scott Frakes as head of the Department of Correctional Services while Doug Hohbein will replace Chris Cantrell and become interim fire marshal.

Sabatka-Rine’s appointment is official on Oct. 8, and she will be the first woman to lead the department, dating back to 1856. Hohbein has worked with his agency since 1985 and will take over on Oct. 15. Both were second-in-command of their respective areas.

Opponents argue the move would put more control in the hands of the Nebraska GOP. The majority of state senators are registered Republicans. Some senators may be unwilling to select someone from the opposing party.

Talk Back has been disabled by the Author.