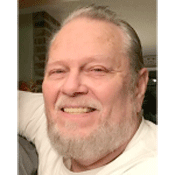 The death of Nick Legas of North Platte has been ruled a homicide, the Lincoln County sheriff’s office said Friday.

Legas died on June 8, when his body was found floating in a public power district canal that connects the Sutherland Reservoir to Lake Maloney.

Legas suffered blunt force trauma and strangulation, the sheriff’s office said, citing the findings of a forensic pathologist who conducted an extensive autopsy.

Legas’ body was found 0.7 miles west of where Wagon Trail Road crosses the canal, about four miles west of the lake, under mysterious circumstances. A vehicle belonging to him was found more than six miles upstream, near the Hershey-Dickens Road along the canal.

Preliminary autopsy information said there was no water in his lungs or esophagus, so he did not take a breath in the water, as a drowning victim would.

The sheriff said an ongoing investigation has been underway since the body was found.

In addition to the physical samples that were collected for the autopsy and investigation, about 1,000 photos were taken of his remains, investigators have told the Bulletin.

The investigation is continuing.

Legas was born July 16, 1951 in North Platte. He graduated from North Platte High in 1969. After working in Colorado and Oklahoma, he returned to North Platte, working for Rich Watson and Bob Spady auto dealerships, as well as South Central Auto Sales. Then he went to work at Sellers Auto and Pawn, running the business for the better part of 17 years.

Since his death, owner Ryan Sellers has listed the business for sale. Sellers said he is not interested in operating it without Legas.