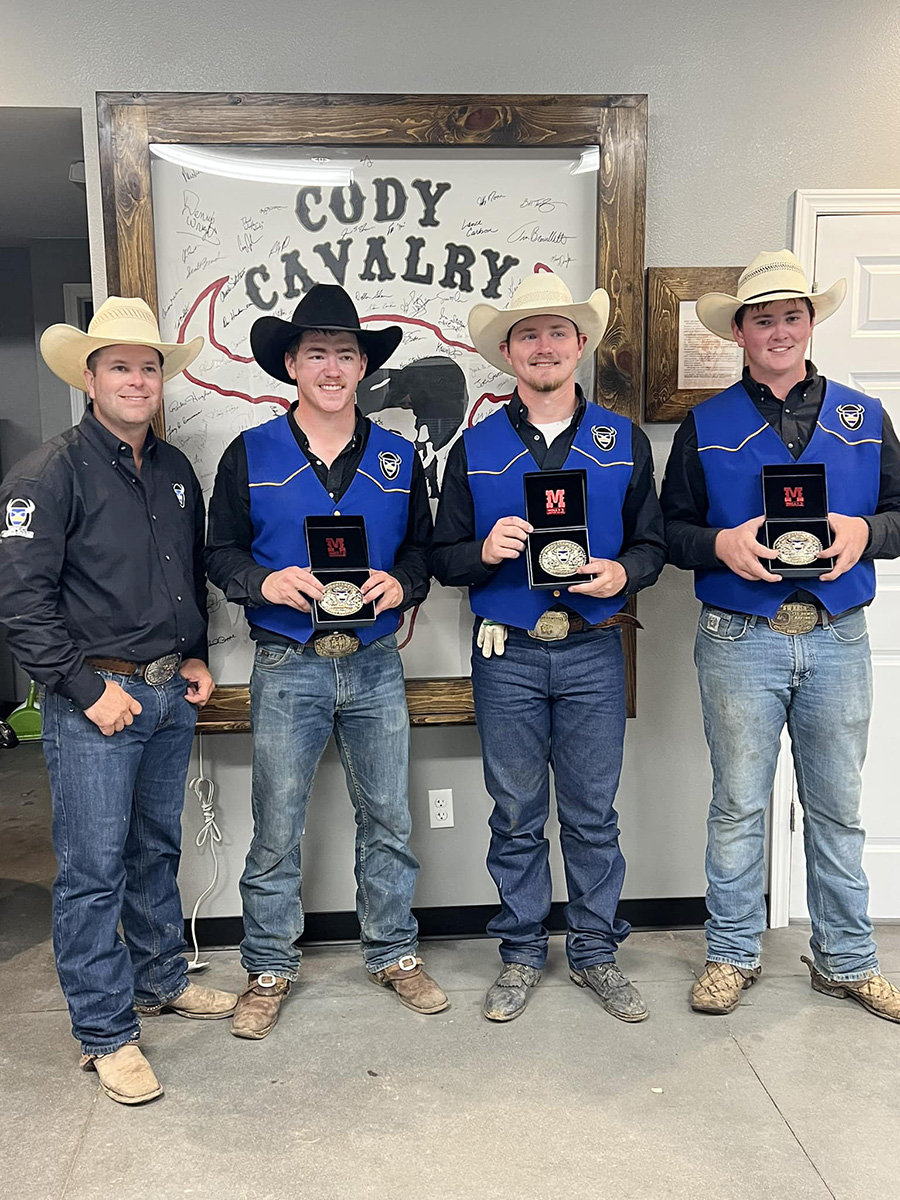 The Mid-Plains Community College Rodeo Team celebrated the 10th anniversary of its hometown rodeo with three event championships plus several other finalists during the weekend.

The team hosted the MPCC Stampede Friday and Saturday at the Wild West Arena, which lured in college athletes from throughout the Great Plains Region.

Mid-Plains was runner-up in the men’s team standings – thanks in part to points garnered by team ropers Rex Day of Bartlett and Matt Miller of Callaway. The men bounced back from ninth place in the long-go to win the short round.

Day also placed fifth in the average in the tie-down roping and seventh in the steer wrestling average and he was the Reserve Men’s All-Around Champion.

Dalton Kunkee of Lexington added more points to the board for MPCC after winning the steer wrestling average. He won the long go prior to that after throwing his steer in 4.5 seconds. Day was half a second behind him in that round.

MPCC athletes Barrett Schlieker of Fort Lupton, Colo. and Nick Rettinger of Amidon, N.D. were fourth and sixth, respectively, in the steer wrestling average. Rettinger was also fourth going into the finals after snagging a time of 5.6 seconds in the long go. Schlieker’s time in the long go was 6.5 seconds, which put him fifth.

The success of all Mid-Plains steer wrestlers led to the college being nicknamed “Steer Wrestling U” during the Stampede.

Malcom Imes of Spirit River, Alberta, Canada, placed fourth in the bull riding average. He was third heading into the short go with 77 points.

Kalyn Nielsen of Verdigre ended up eighth in the breakaway roping. She roped her calf in 2.8 seconds in the long-go, which ranked her sixth.

“It’s pretty neat to see how well the kids produced this rodeo as well as competed at a high level by bringing home three buckles,” said Aukai Kaai, MPCC Rodeo Team roughstock coach. “I’m excited to see how the rest of the season goes from here on out.”

“I want to send a huge thanks to our MPCC family,” Clark said “I’m very proud of our 2022 MPCC Stampede production. We all weathered quite a storm Friday night with the rain and hail. It will be a night of rodeo we won’t forget. The highlight of the weekend was our three event champions: Dalton Kunkee, Matt Miller and Rex Day. I’m very proud of the team’s performance while producing and working every area around the arena.”

Next, the team will head to Fort Dodge, Iowa for the Iowa Central Community College Rodeo on Sept. 23-24.