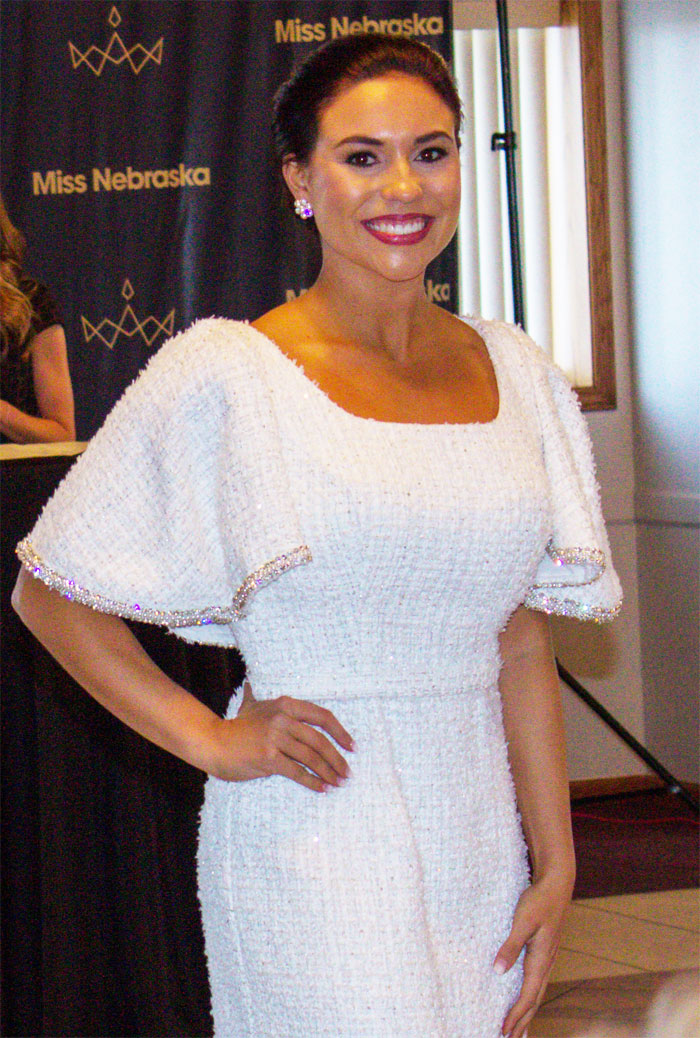 Miss Nebraska Morgan Holen is going to the Miss America competition in December. She was in North Platte on Sunday for a send-off party.

“So I started as a young girl coming to North Platte every year, and my mom served as a volunteer for the Miss Nebraska program,” Holen said. She looked up to those women who competed to achieve the title.

“[I saw them] as intelligent, confident, talented women who were giving back to their community,” she said.

After seeing this, the Omaha native knew what she wanted to be.

“When I was old enough, I wanted to compete for the job,” she said.

Holen achieved her goal in June when she earned the title of Miss Nebraska.

North Platte has been a special place for her.

This year, her platform has been supporting the TeamMates mentoring program. She says that instead of focusing on the bad parts of someone, they focus on the good.

“So TeamMates looks at mentoring through a strengths-based lens, which actually comes from Dr. Clifton,” she said. “He studied positive psychology in the 1950s. And while most psychologists were studying what was wrong with people, he was looking at successful people and figuring out what is right with them.”

Using this, the program finds what someone is good at and focuses on that.

“Instead of focusing on what they should fix or what weaknesses they may have, they focus on simply pulling out what is the best part of them,” Holen said. “That’s TeamMates’ entire focus.”

According to the TeamMates website, the program serves more than 170 school districts across five states.

Holen says that North Platte has been important to Miss Nebraska for many years and is very special to her.

“It has been an incredible community that supported the program for over 30 years. It’s very special every time I get to come and step foot in North Platte.”