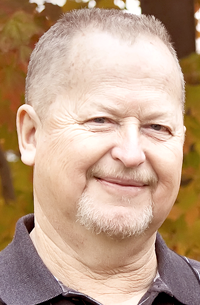 Melvin was born March 1, 1949 to Marion L. and Inez (Hutcheson) Armstrong in Stuart. He grew up on the family farm north of Bassett and graduated from Bassett High School with the class of 1967. He continued his education at Western Nebraska Technical College at Sidney, receiving an associate’s degree in auto body.

He worked for John Hurt Chevrolet and Tom’s Body Shop in North Platte, Randy’s Towing in Lexington, L & S Tire and Auto in Elm Creek, and Kearney Towing in Kearney. After retiring, he worked as a farm hand for Lance Bauer of Elm Creek. He also drove a school car for Elm Creek Public Schools. He spent 21 years in the Nebraska Army National Guard.

Melvin married Judy Weimer in Sidney on July 27, 1969, and to this union two children were born: Gary and Kimberly. He later divorced and married Linda (Hanes) Knox of Curtis on May 24, 1986 in Bassett. The couple made their home in Elm Creek for 30 years.

Mel enjoyed hunting deer, turkey and was known to have gone rattlesnake hunting a time or two. He enjoyed spending time with his kids and grandkids.

Melvin was preceded in death by his parents; father-in-law, Leo Hanes; and mother-in-law, Ruby Hanes.

Memorials are suggested to the Elm Creek Fire and Rescue Department. Condolences may be shared online at osrfh.com.