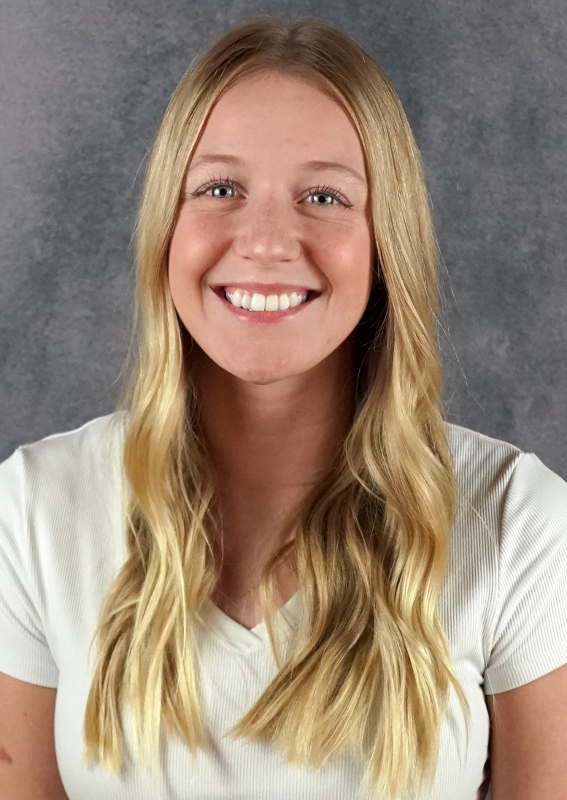 North Platte Community College alum Sydney Mullin will return to her alma mater this fall as an assistant coach for the Knights volleyball team.

She joins Kylie Wroot, who is entering her third season as an assistant volleyball coach and Alexa McCall, who enters her eighth season at the helm of the Knights.

Mullin is originally from North Platte but graduated from Maxwell High School in 2018.

She served as a middle blocker for the Knights during the 2018-19 seasons, during which time she helped the team earn back-to-back Region IX championships.

She was the only freshman from NPCC to be named to the 2018 National Junior College Athletic Association All-Region IX Team.

Mullin earned an Associate of Science Degree from NPCC in 2020 then transferred to Hastings College where she continued her athletic career as a middle blocker for the Broncos.

During her combined playing time at both NPCC and Hastings, Mullin tallied career totals of 1,001 kills, 407 blocks and 244 digs.

In 2020 and 2021, she was named an honorable mention selection by the Great Plains Athletic Conference. She also earned honorable mention recognition in 2021 as part of the NAIA/NCAA D-III All-Midlands Volleyball Team (Omaha World-Herald).

Mullin graduated from Hastings in May with a bachelor’s degree in exercise science and a minor in strength and conditioning. In the next year, she’s planning to obtain certification to teach Health and Physical Education.

“I always wanted to be a coach and stay within an athletic environment,” Mullin said. “Exercise science draws in a lot of athletes, but also those who want to be chiropractors, athletic trainers or similar professionals. In that department, I learned a lot about personal training and physical education in schools. Exercise science was a good program to be in because it covered all the bases – no matter what route I decided to take.”

Not exactly sure what she wanted to do after graduation, Mullin turned to a contact at NPCC to find out what opportunities might be available.

“I called Coach McCall,” Mullin said. “She suggested I return to NPCC, become a resident life assistant and help her as an assistant coach. I was super excited about the idea. I loved being at NPCC and being in that environment. It was the best two years of my life, and I always wanted to be able to give back in some way. McCall’s offer was too good to pass up.”

Mullin gained some leadership experience earlier this spring by coaching a club team from Kenesaw. She’s looking forward to taking those skills to the next level at NPCC.

“I’ve always been an athlete, so it will be interesting to see a different side of the sport,” Mullin said. “Since I’ll be so close in age to the players, I’m hoping they will be able to relate to me a little bit more and that I can help them understand why we’re asking them to do certain things and pushing them so much. I hope they see me as someone respectable because if they trust what the coaches are saying, that’s when they will really succeed.”

The Knights open their season at 1 p.m. Aug. 19 against Labette Community College at the RKP Invite in Beatrice.