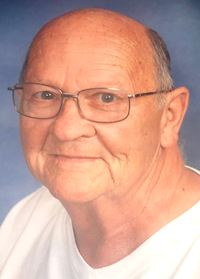 Marvin graduated from Oldham High School, and then attended Dakota State University at Madison, S.D., graduating with is bachelor’s degree. On Aug. 19, 1966 he married his high school sweetheart, Donna Bickett. To this union four children were born: Travis, Laura, Jay, and Carrie.

Their family lived in Mitchell, S.D. before moving to North Platte in 1976 when Marvin went to work for the Union Pacific Railroad for a few years. Then Marvin worked for Nebraska Public Power District in Sutherland retiring after 25 years of service.

He enjoyed spending time with his grandkids, fishing, camping, hunting, was a Husker fan, and was always on his phone playing games. Marvin was a member of the American Legion and attended the Methodist Church.

He is preceded in death by his parents, Marvin and Peggy Eide; wife, Donna; and sister, Barbara Kinney.

Following the service on Saturday there will be a reception, at the RV park where Marvin lived. Please come and share your memories of Marvin with his family and friends, Lincoln Highway RV Park, 4684 W. Highway 30, North Platte.

Memorials can be made to the family in memory of Marvin. Online condolences and sharing of memories may be directed to adamsswanson.com.