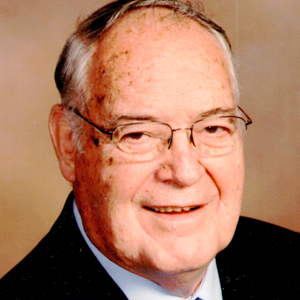 He graduated from North Platte High School in 1958. Marlin worked for Tom and Jim’s Service while in high school. He went to work for Union Pacific Railroad in 1958, where he worked for 43 years as machinist and retired in 2001.

Marlin was united in marriage on April 9, 1961, to Mabel Smolik and they had two children, Kenneth Marlin and Michelle Lynett Clark. Marlin lived in North Platte his entire life.

Marlin was a Webelo’s Scout leader, coached little league baseball, worked for Habitat for Humanity for several years and has been a member of the Good Sam’s Camping Club since 2002.

Marlin’s greatest love was his wife, Mabel, his children, Kenneth and Michelle, and his grandchildren. He loved attending their school and sporting events. Marlin loved working with his hands. He built their family room and double-car garage.

He could fix anything that was broken, even broken hearts. He loved helping others and spent many hours at the church repairing things.

Marlin and Mabel loved camping with friends and taking their grandchildren with them. They were privileged to visit many of the 50 states, Hawaii, Alaska, Virgin Islands and a tour of the New England states during the fall colors.

He was preceded in death by his parents; son, Kenneth Marlin; sister, Carol Weir; and grandparents.

Funeral services were Feb. 20 at the First Baptist Church with Pastor Clint Walker officiating. Burial of ashes will be at Floral Lawns Memorial Gardens at a later date. Carpenter Memorial Chapel was entrusted with arrangements.

In lieu of flowers, memorials are suggested to the First Baptist Church or the donor’s choice. Online condolences may be shared at carpentermemorial.com.