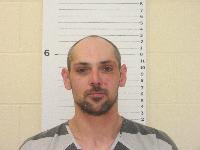 On Sunday at 12:54 p.m., the Lincoln County 911 Center received a report that a man had been stabbed by another man in Wallace.

Deputies, both on- and off-duty, responded to the scene and quickly apprehended the suspect at his home, Daniel Swanson. 34.

A 36-year-old victim reportedly fled to a neighbor’s house to call for help. Deputies found him there and gave first aid for multiple stab wounds.

The Wallace Volunteer Fire and Rescue team arrived, and the victim was flown via helicopter to Great Plains Health. He was in serious, potentially life-threatening condition. He was later flown to Lincoln for more treatment.

The victim told investigators that Swanson was the aggressor and stabbed him during an altercation.

As part of the investigation, a search warrant was obtained and Swanson’s home was searched.

Swanson was taken to the Lincoln County jail, charged with first-degree assault and use of a weapon to commit a felony.