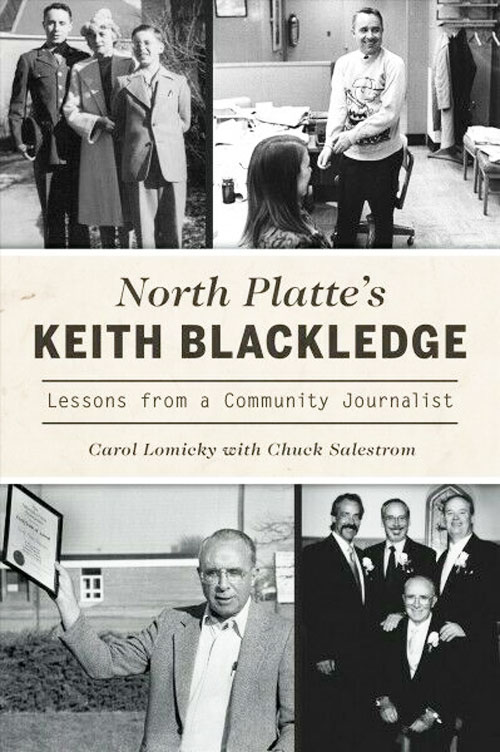 On Wednesday, authors Carol Lomicky and Chuck Salestrom will sign copies of their book about Keith Blackledge from 10 a.m.-6 p.m. in the meeting room at the North Platte Public Library.

Blacklege was the editor of the North Platte Telegraph for many years. He was a supporter of the Bulletin when the Bulletin re-launched in 2003.

Their book is entitled: North Platte’s Keith Blackledge: Lessons from a Community Journalist.”

Also, a one-hour program will be shown featuring segments from interviews that Salestrom conducted with Blackledge and former civic leaders

It is expected that Lomicky and Salestrom will briefly discuss the year’s long Blackledge biography project during the afternoon.

A celebration is in conjunction with the 140th anniversary of the North Platte Telegraph, which started as a weekly newspaper on April 14, 1881.

At about 4 p.m., the Chamber of Commerce and city officials will recognize the Telegraph in a short program.