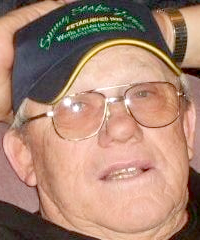 Leo Fay Dailey, 83, passed away on Jan. 11, 2022 at Great Plains Health in North Platte after a sudden illness.

He was born on March 7, 1938 at Arnold to Bernis (Chub) and Dorothy (Rimpley) Dailey. He Leo was raised in the Stapleton area and graduated from Gandy High School in 1955.

He worked for Pawnee Springs Ranch for many years & also served in the United States Army from 1961-1963.

He was a member of the Lake Maloney and the Brady Roping Clubs. He had also served on the McPherson County School Board, Miller Cemetery Board, and was currently the caretaker of the Miller Park.

On June 14, 1964, Leo was married to Judy Smith. They were the parents of two sons, Craig Leon and Marty Ray. Leo & Judy worked for Pawnee Springs Ranch at Maxwell, the Gladys McNeel ranch at Sutherland and Rod Gillespie ranches at Gothenburg and Maxwell.

In 1981 after losing Judy’s dad, he, Judy, and boys moved to Tryon to rent her mother’s ranch.

Ranching was Leo’s love in life and he was very successful at it. He was happy to be able to ranch on his own and live the fulfilling life he had always dreamed of. Things changed when the family ranch was sold, and in 1995, Leo & Judy bought a house and made the move to Tryon.

He bought a semi and did custom grain hauling for farmers in the Stapleton & Arnold area. He enjoyed doing that, but really missed his cows and the life of ranching. He sold his truck and retired in 2012.

Leo joined several pool leagues in North Platte and lived for the nights when he could play. He was very competitive, was a good player and enjoyed the other team members. He loved being the “senior” player on all the teams, with none of the players believing he was that much older than they were. He always looked forward to participating in the Eagles State Tournaments.

Visitation will be noon-7 p.m. on Friday, Jan. 14 with family receiving friends from 5-7 p.m. Memorial service will be held at 11 a.m. on Jan. 15 at the McPherson County High School in Tryon. A lunch will be held following the service, at the McPherson County Fair Building in Tryon. The family will have a private burial at Miller Cemetery at a later date. Adams & Swanson Funeral home is in charge of arrangements.

The service will be livestreamed via the Adams & Swanson Facebook page for those unable to attend.

In lieu of flowers, memorials may be made to the Eagles Club in North Platte, or the McPherson County Rural Fire Department. Online condolences may be shared at adamsswanson.com.