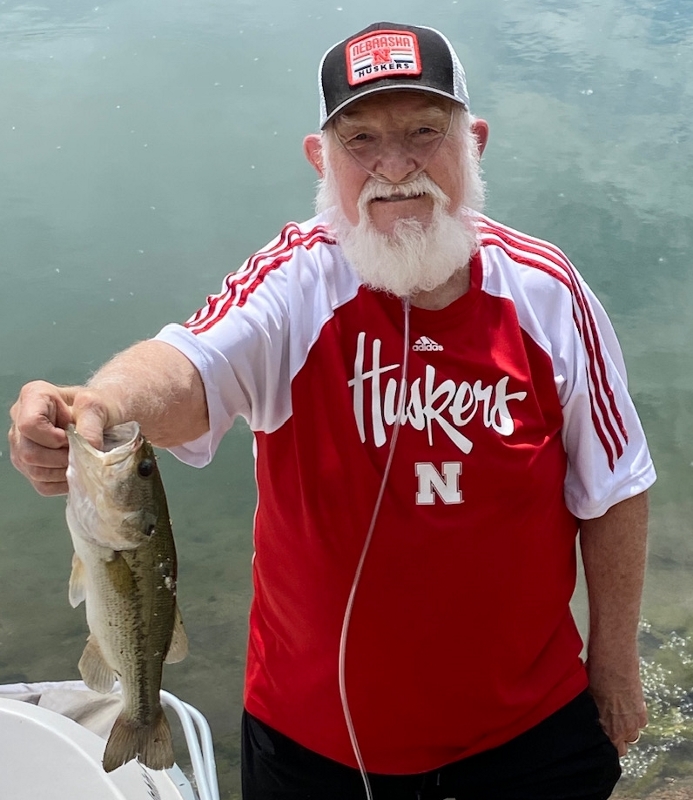 Larry Eugene Covey, 72, of North Platte, passed away peacefully on Wednesday, Sept. 21 at his home surrounded by family.

Larry graduated from North Platte High School in 1968.  He then went on to Mid Plains Community College and received his degree from the HVAC program.  He went to work as a service technician for Montgomery Ward in Scottsbluff in 1971.  Larry met Glenda Fisher in Scottsbluff and they were married on Aug. 14, 1971 in Scottsbluff.

The couple moved to North Platte where Larry worked for the city for a few months before hiring out on the UPRR as a Fireman/Oiler, where he worked for 4 months, before transferring to the Boilermaker section.  In 1985, he began working with the Operation Lifesaver program through the railroad, retiring in 2010.

Larry will always be remembered for playing Santa Clause for the past 48 years, at the Mall and at private events.  He enjoyed fishing, feeding squirrels, and having a big garden.  He loved visiting with people and spoke his mind quite often.  Larry was a member of the Parkview Church of the Nazarene, where he was a greeter and a youth volunteer.

He was preceded in death by his parents, and his in laws, Calvin and Elsie Fisher.  A memorial has been established in his memory and condolences and memory video will be at www.carpentermemorial.com.

Memorial Services will be held at 11:00 a.m. on Monday, Oct. 3, 2022 at the Parkview Church of the Nazarene with Rev. James Trippett officiating.