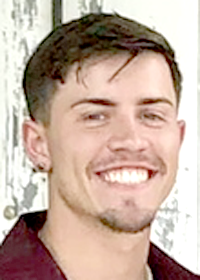 He graduated from Stapleton High School, Class of 2015. Following graduation, he then attended University of Midland in August of 2015 for criminal justice. He enlisted with the Army in February 2017. He then graduated basic training in May 2017 and was recognized as a sharp shooter. Laramie graduated AIT at Fort Lee in Virginia with honors in August 2017 and was then stationed at Fort Bliss in El Paso.

During this time, he worked as a wheeled vehicle mechanic (91Bravo) and was promoted to an E4. During his military career he was a member of the Echo FSC 40thOGs and served in Kuwait all while stationed in El Paso. He was discharged under honorable conditions in March of 2020. After serving his country Laramie started working Security at Rubik’s Arcade bar in West El Paso.

He was driven by fun, speed, and competition of any kind.

For Laramie it was the fascination of how things work and confidence of figuring it all out; acquired from time spent in the garage taking things apart and putting them back together again. He was always finding ways to make things better, faster, and stronger.

While in El Paso, he made a great group of friends that shared his love for speed and turning wrenches.

As a child and as a young man Laramie was loved by all who knew him. He a had beautiful smile that was contagious and had a charm that drew you in. He was selfless, compassionate, and never knew a stranger and would do anything for anyone in a moment’s notice. Laramie cherished his family and friends and time he spent with them. Once you reached his friends circle that meant you were family to him.

A service of remembrance will be held at 2 p.m. on Sunday, Jan. 9 at Stapleton High School in Stapleton. The burial will be at South Loup Valley Cemetery in Stapleton. Following the burial there will be a dinner held at the Logan County Fairgrounds is you wish to share your memories and condolences with the family.