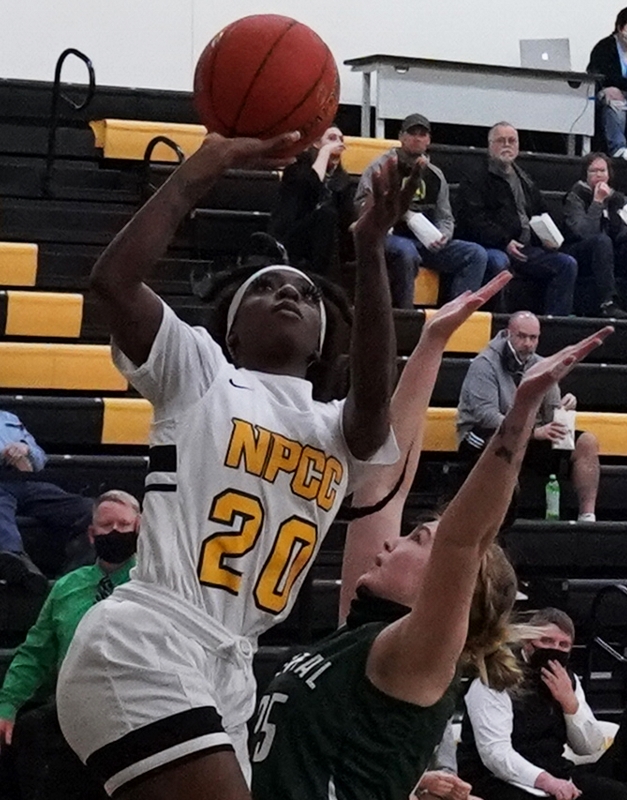 The Lady Knights (8-11) will play at Southeast Community College for the region title on Saturday.

“Tonight was a complete defensive effort,” said head coach Jeff Thurman. “I am very proud of our focus and execution tonight and look forward to our next challenge on Saturday against Southeast”

In the first quarter, the Knights took their first lead of the game at the 7:19 mark as Diamond Moore-Heath drove through the lane and was able to get a contested layup to fall, 4-2.

Central responded on their next possession to tie it up at 4-4, before the Knights used a 10-2 run to extend their lead to eight on a deep corner three by Janay Brauer, 14-6. North Platte outscored the Raiders 5-3 over the remaining minutes to take a ten point lead into the second quarter, 19-9.

The Knights continued to roll offensively early in the second quarter using an 8-2 run to push their lead to 16 as Jennessy Aragon-Dennis connected on the front end of a pair of free throws. The Knights pushed their lead out to eighteen on a jumper by Viri Escobar, before the Raiders narrowed the deficit to fifteen at the break, 31-16.

In the third quarter, the Knights used a 20-2 run to extend their lead to 51-18 over the opening seven minutes and bury the Raiders

Moore-Heath led the Knights with 18 points and eight rebounds, while her teammate Jordan Moon chipped in 10 points and collected six rebounds off the bench.

North Platte will look to advance to the District F Championship for the second time in three seasons, with a win over Southeast. The Knights and Storm split the regular season series with each team winning on the road.

Top photo: Kayla Pope of North Platte goes up for a layup against Bailey Keller of Central in the first quarter. (Photo by Daniel Stinman, NPCC Sports Information)