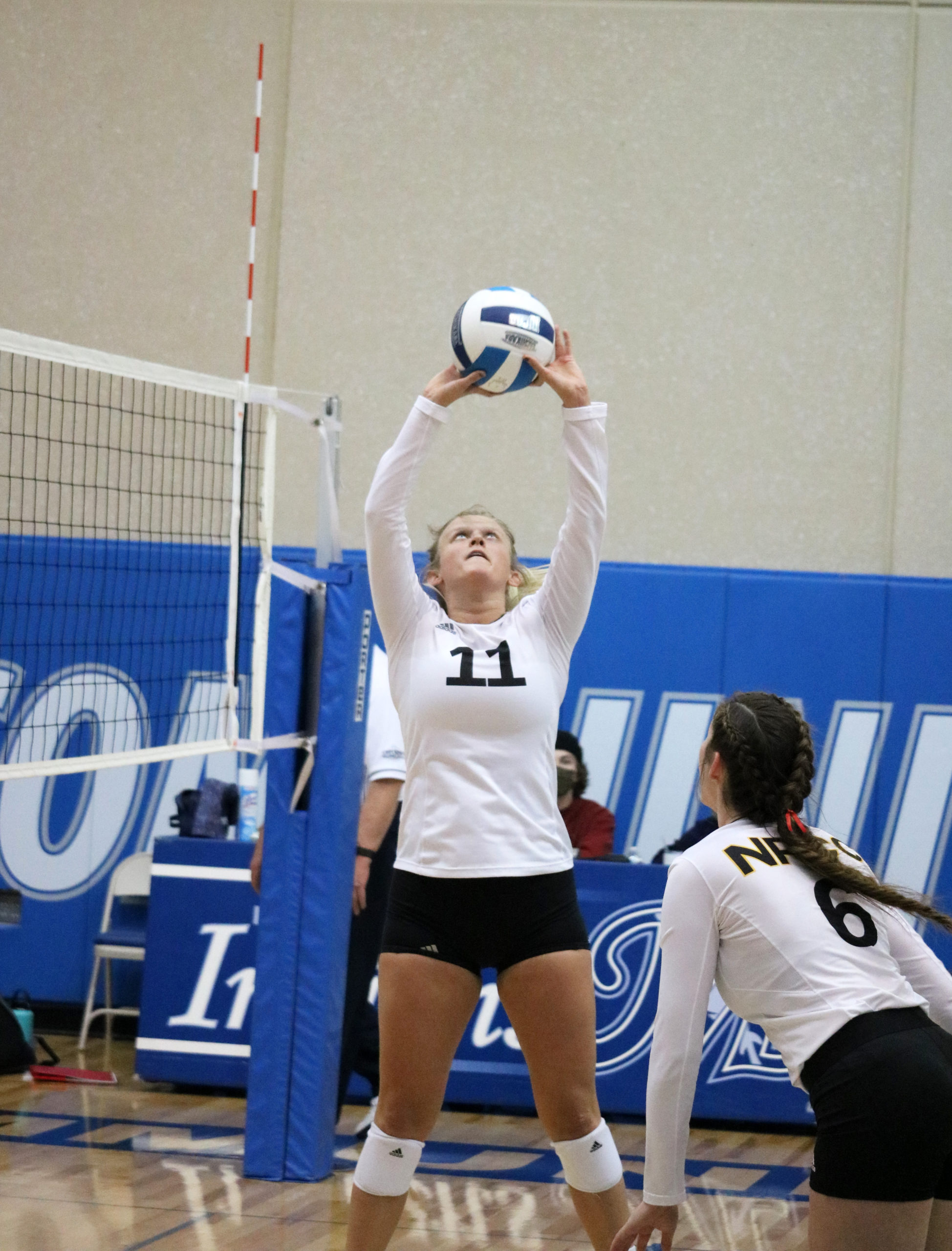 Western Nebraska is ranked ninth nationally in NJCAA Division I.

“I saw some good things tonight,” said NPCC head volleyball coach Alexa McCall. “I thought we pushed a good Western Nebraska team and got them out of system. We just have to be a little more consistent along the way. I thought our oustides played well, and defense stepped up, too.”

The Knights have a chance to make a comeback Saturday on their home court. They will take on Trinidad State Junior College at noon.

The Knights will use the game to honor their sophomores — Daniels, Negley, Hopping, Hansen, Valle, Jessica Trujillo and Tania Morales. The livestream can be viewed at npccknights.com.