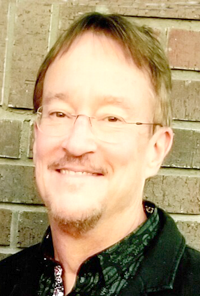 Kent was born to Margaret and Bill Fisher on Jan. 12, 1958 in North Platte where he grew up.

After graduating from North Platte High School, Kent received his Associate of Arts Degree in architecture from Mid-Plains Community College. As Kent was growing up, he said he was never going to work for the railroad and he wasn’t going to live in North Platte his whole life. But, after college, he went to work for the railroad with the intention to save some money and then get a job in architecture.

However, once he started, he fell in love with it. He worked for the Union Pacific Railroad for 41 years, working his way up to engineer. He retired from the railroad in 2019.

Kent was a creative person with a great sense of humor. He enjoyed gardening, building model trains, and doing remodeling projects around the house. He was a great cook, had a love for music, and was an avid concert goer, especially rock ‘n roll. Kent also loved going to the drag races and especially loved spending time with his grandchildren.

Kent was also preceded in death by his parents, Margaret and Bill Fisher; and nephew, ArJay Patterson.

Cremation was chosen and services will be held at a later date. Odean Colonial Chapel is in charge of arrangements.