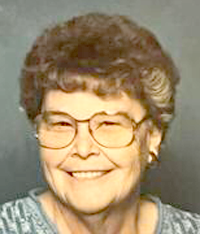 Janet was born Oct. 29, 1936 to Walter George and Amanda Lydia (Tappan) Carland in a sod house at Gandy. She moved with her family to North Platte in 1941. She married the love of her life Dennis George Razes on April 14, 1956 at Julesburg, Colo.

Janet worked many years as a waitress at several local restaurants and then worked at Merrick’s as a cashier for 18 years before she retired.

Janet loved to travel out of town to go shopping and going out to eat. She was known as the coupon and refund lady. Janet loved to spend time with her grandkids and family.