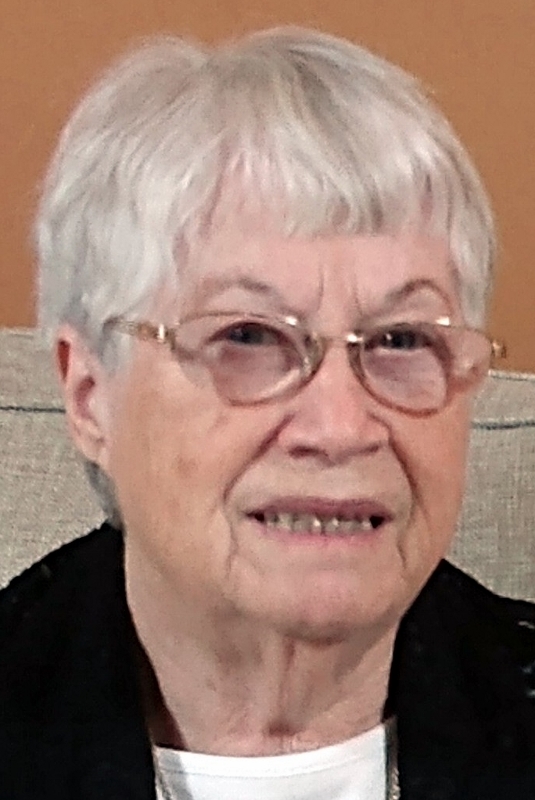 Harriett was born Feb. 21,1940, at North Platte to Cecil and Maude McKenney.  She graduated from North Platte High school in 1958.

On Nov. 1, 1957, Harriett married Harry S. Sims while he was serving in the U.S. Navy.  For 15 years, they were stationed at several East Coast military bases, including  2 1/2 years in Morocco, Africa, before
returning to the states. They lived in New Mexico for 7 years then returned to North Platte.  During her life as a navy wife, she had four children.

Harriett loved spending time with her grandchildren and great-grandchildren, they were the joys in her life. She loved watching their activities, no matter if it was sports or music or awards, and was always there when she could make it. Harriett also loved sports; she would watch every game she could of baseball, football and volleyball (especially the Huskers) and even if it was a replay from years ago, she would still watch.

Harriett is survived by her sons, Mitchell (Colleen) Sims of Ashtabula, Ohio, and Dan (Shandell) Sims of North Platte; son-in-law, Mike Summers of Hershey; and her brother, Jim (Pam) McKenney of North Platte.

Also surviving her are several grandkids and great-grandkids including, Chris (Kourtney) Summers and their kids, Ethan, Macin, and Haven; Josh Summers and his family; Tanner and Hannah Sims; Shawn (Ashley) Sims and their kids, Cassidy, Eli, Reagan, and Olivia; Megan (Matthew) Fiechtner and their kids, Lukas and Samantha; Zach Sims; and Kaylen Sims and her kids, Alli and Sara; along with many more nieces, nephews and other family.

Services will be held at 10 a.m. on Monday, Aug. 8, at Odean Colonial Chapel with Jean Anderson officiating.  Harriett will then be laid to rest with her husband at Fort McPherson National Cemetery.
Visitation is 1-5 p.m. Sunday and prior to services at Odean Colonial Chapel. Online condolences may be shared at odeanchapel.com.