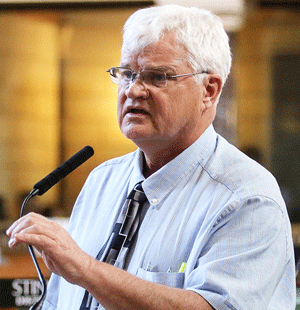 The 60-day legislative session began Wednesday and as always there will be a multitude of bills introduced by the 49 senators.

Many bills will focus on how to spend the first half of the $1.04 billion Coronavirus State Fiscal Recovery Fund (CSFR) that Nebraska received from the federal American Rescue Plan Act (ARPA).

Governors have the authority to allocate the funds our Gov. Ricketts has indicated that he will make his recommendations for the first half of the funds in our possession but will work with the Legislature on the final appropriation of the money.  It is unclear as to how the final $520 million in funds will be appropriated since the Legislature will not be in session when the money is expected to arrive next May.

In addition, direct payments amounting to $3.38 billion were available. Eligible individuals were issued up to $1,400 each and money was also given for childcare grants as well as rent and homeowner assistance. In total, nearly $6 billion in ARPA money will flow into Nebraska. This is on top of the $1.25 billion that Nebraska government entities disbursed from the earlier 2020 CARES Act.

An amazing amount of money has been passed out in less than two-and-half years. It is no wonder why we have low workforce participation and historically high inflation.

But we live in the present and we are now faced with the duty to allocate over a billion dollars to qualifying entities. Used wisely, ARPA funds could help keep Nebraska’s economy stable in what looks to be a very volatile future.

The governor has accepted input from senators and we are obliging him. I have requested and have prepared legislation for $75 million in ARPA funds to aid the long-term sustainability of North Platte’s new Sustainable Beef project. The project fits well under three of the five restrictive parameters set by the federal government for the use of ARPA funds.

First, the new plant qualifies as an impacted industry; no sector of agriculture was disrupted by the pandemic more than the beef processing industry. When compact working conditions exposed industry workers to the virus, it quickly became evident the industry was susceptible to a supply chain failure as it was already operating at maximum capacity. The overall effect has been a 20% inflation increase in consumer beef prices.

Finally, the project is shovel ready and will be able to follow the requirement that ARPA funds must be used for expenses incurred between March 2021 and Dec. 31, 2024.

ARPA funds are badly needed to offset a projected 20% inflationary cost overrun on the project created by the pandemic’s effect on our economy. The success of a locally owned, financially sound, employee safe and highly efficient beef processing plant has the potential to give a measure of stability and prosperity to a wide swath of our state’s agriculture industry and can assure that another bottleneck in an important food production industry does not happen again in Nebraska’s foreseeable future.

We have also thrown into the mix a proposal to fully fund and add to the $50 million for the Rural Projects Act, which includes Lincoln County’s Rail Park proposal.

The Nebraska Department of Economic Development accepted the initial application for the funds this past Monday, Jan. 3.  Along with Lincoln County, three other communities have presented proposals with requests for $73 million in matching funds.

Other proposed ARPA investments that are being discussed are:

3) investing in some private nonprofit and state park improvements that will help get more citizens back outside and focusing on living life again.